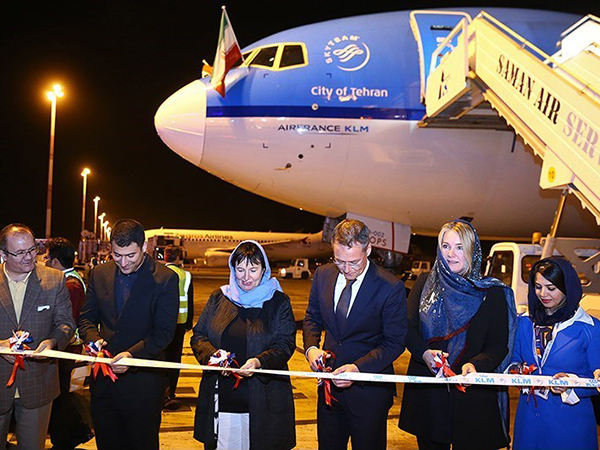 KLM Royal Dutch Airlines, the flag carrier airline of the Netherlands, has officially resumed flights to Iran after a hiatus of over three years.

The Amsterdam-based company had suspended its flights to Iran since April 2013 in what its officials said was a result of “economic reasons”.

He emphasized that his company is happy to resume flights to Iran, emphasizing that he hopes the sanctions against the Islamic Republic would never return.

“What we do is [that] we continue as long as we can,” de Groot told IRIB News Service. “Of course, we hope that the sanctions will not come back and we can grow even with more frequencies.”

Here are Tasnim’s photos of the KLM flight that arrived in Tehran last night:

KLM had in August announced that its Flight KL0433 will depart from Amsterdam to Tehran on Tuesdays, Thursdays, Fridays and Sundays as of late October 2016.

The flights will be operated with a Boeing 777-200 in a three-class configuration with 34 business seats, 40 seats in economy comfort and 242 seats in economy, it added.

Including the new flights to Tehran, KLM now offers 37 flights to nine destinations in the Middle East.

Several international airlines are resuming flights to Iran to tap into increasing opportunities in the country after the recent lifting of sanctions.