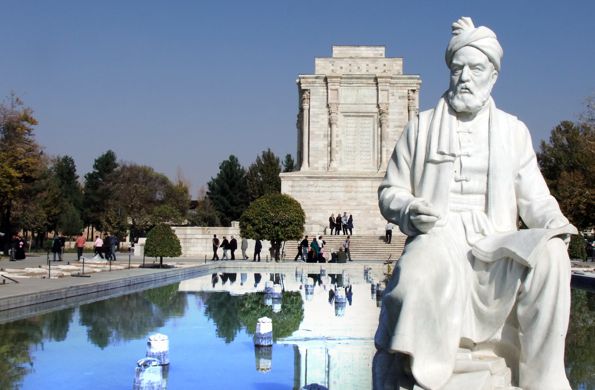 Among classic Persian poets, there are none who have given as much richness to the nation’s language and literature as Ferdowsi has. His place in the pantheon of Persian literature is so important that many call him the “pillar of Farsi literature.” Mir Jalalal-din Kazazi, a prominent literary researcher, says, “Ferdowsi re-discovered the pillars of existence and essence in Iran.”

Ferdowsi’s poetry has been studied in many prestigious universities, not only in Iran, but across the world. A study about the Shahnameh was recently carried out by the Centre for Islamic and Middle Eastern Studies at Cambridge University. In Nowrouz last year, a new translation of Shahnameh was published in America. Dick Davis, the translator of this new edition, and a Professor of Farsi language and literature at Ohio University, and member of the Royal Society of Literature, praised the Persian tradition of Nowrouz at the book dedication.

Ferdowsi in the Eyes of Others

As we can see clearly from Ferdowsi’s words, Ferdowsi didn’t have any religious obsession. In a legendary story from Islamic mythology, Alexander makes a pilgrimage to Kabaa, and said that the Creator of the Earth needs neither time nor space. He also says that for our ancestors, fire was something which at which prayer was directed, as stone was used by Arabs.

Foroughi (a writer, philosopher and historian) believes that purity of the language is one of Ferdowsi’s characteristics, saying that in all of the Shahnameh it is impossible to find any obscene words. This shows that Ferdowsi, unlike other poets, tries to avoid corrupting himself with ugliness and immorality. Even when, due to the narrator of his stories, he must tackle an impolite subject, he finds the most subtle euphemisms. Ferdowsi was a very moral man, with weighty views, a kind heart, sensitive feelings, pure passions, and a wise nature. He always was aware of events around him, and guides the readers towards the fact that a bad act gives bad results; a crooked path will never lead humans to realize their dreams.

No-one believed in rationalism, science and preserving knowledge as much as Ferdowsi did. Like Omar Khayyam, Ferdowsi also regrets life’s brevity, displaying his perplexity about where we come from, why we are here, and where we will go after this world.

Abdulali Adib Boroumand, a contemporary poet, writes, “Shahnameh, without a doubt, is one of the world’s most important poetry collections, and Ferdowsi one of the greatest epic poets.”

Multiple translations and adaptations, studies and events, all go to demonstrate that Shahnameh remains an immortal masterpiece.

The literature of the book displays all the features of good poetry, including eloquence, clarity, melody, beauty of words, and deep meaning.