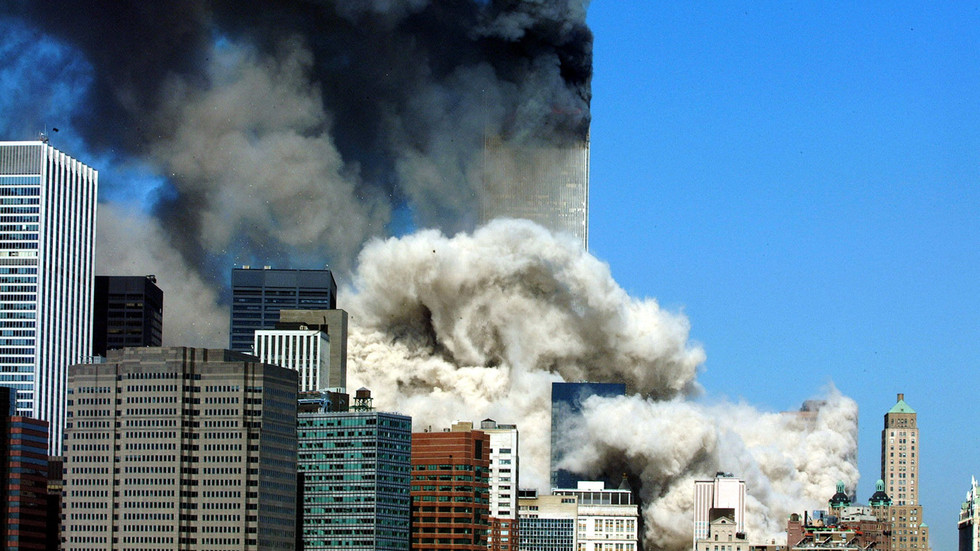 9/11 survivors and relatives say the US government is still “covering up for Saudi Arabia”, two decades after Al-Qaeda hijackers, many of them Saudi nationals, killed almost 3,000 people.

Both survivors of the carnage, as well as relatives of those who died, say it astonishing the authorities have still not revealed all the information they have about the attacks.

“Right now, our government is failing us in the way they failed us 20 years ago when they did not keep my dad safe,” Brett Eagleson, whose father, Bruce, died at the World Trade Center stated.

In the aftermath of the attacks, allegedly plotted by Khalid Sheikh Mohammed and given a green light by Al-Qaeda leader Osama bin Laden, a series of investigations were carried out.

One of the most comprehensive undertaken was the bipartisan 9/11 Commission Report, formally named Final Report of the National Commission on Terrorist Attacks Upon the United States. While 15 of the 19 hijackers were from Saudi Arabia, the report did not point to any role by the Saudi state itself.

Indeed, it announced it “found no evidence that the Saudi government as an institution or senior Saudi officials individually funded [Al-Qaeda]” to conspire in the attacks, or that it funded the attackers.

In the years since, family members and other campaigners have continued to push for the release of any other information the government had. Recently, it was revealed that even after the 9/11 Commission completed its probe, the FBI continued to investigate Saudi Arabia’s possible role, at least up until 2016, as part of what was called Operation Encore.

That year, the government released the final, previously classified chapter of the report. It showed that the first hijackers to arrive in the US, Nawaf Al-Hazmi and Khalid Al-Mihdhar, were met and assisted by a Saudi national in 2000.

That man, Omar Al-Bayoumi, who helped them find and lease an apartment in San Diego, had ties to the Saudi government and had attracted FBI scrutiny, investigators have noted.

Among Bayoumi’s contacts was Fahad Al-Thumairy, at the time an accredited diplomat at the Saudi consulate in Los Angeles who investigators say led an extremist faction at his mosque. The two men left the US weeks before the attacks, yet have always denied any wrongdoing.

There has been intense pressure on President Joe Biden to release whatever information the government or the FBI may have.

Last month, around 1,600 relatives of those who died, issued a public letter, calling on the president to stay away from any memorial events, if he does not make public such information.

“We cannot in good faith, and with veneration to those lost, sick, and injured, welcome the president to our hallowed grounds until he fulfills his commitment,” they wrote.

The 9/11 families have been helped by a series of lawyers, among them Jim Kreindler, and Robert Haefele, who works for the Motley Rice law firm, who have pursued lawsuits against both the Saudi government and individuals, as filed subpoenas against the US government, demanding it make documents available.

In what a considerable breakthrough, lawyers were able to question under oath of former Saudi officials, even though those depositions remain under court seal.

Last week, in what some campaigners believe could be a break through, Biden issued an executive order ordering a review of such materials, and its release.

“As the 20th anniversary of 9/11 approaches, the American people deserve to have a fuller picture of what their government knows about those attacks,” he stated.

The order said the information would be made public over the next six months “except when the strongest possible reasons counsel otherwise”. Of intense interest to campaigners, was an undertaking to make public by September 11 2021, an electronic communication dating to April 2016.

Some believe it is the summary of the Operation Encore probe.

“This move will finally free up critical relevant factual evidence about September 11th, 2001 attacks and those sponsoring Osama bin Laden and Al-Qaeda in the days, months and years leading up to the hijackings and terror attacks,” noted Jodi Westbrook Flowers, a Motley Rice lawyer, who represents more than 6,600 family members and survivors.

In a statement, the Saudi Embassy in Washington DC repeated the kingdom’s previous denial of any complicity.

“Previous declassification of materials relating to the September 11 attacks, such as the “28 Pages”, only have confirmed the 9/11 Commission’s finding that Saudi Arabia had nothing to do with this terrible crime,” it said, adding, “It is lamentable that such false and malicious claims persist.”

Eagleson said he would wait to see what Biden delivered and would judge him by his word.

Another of the group, Sharon Premoli, who was on the 80th Floor of the North Tower when it was struck and who managed to walk out with other survivors, said she was heartened by Biden’s actions.

“It’s a really positive departure from the two decades and the three administrations of stonewalling that we’ve experienced,” she stated, adding it the documents were heavily redacted, they would not serve the purpose for which they were intended purpose.