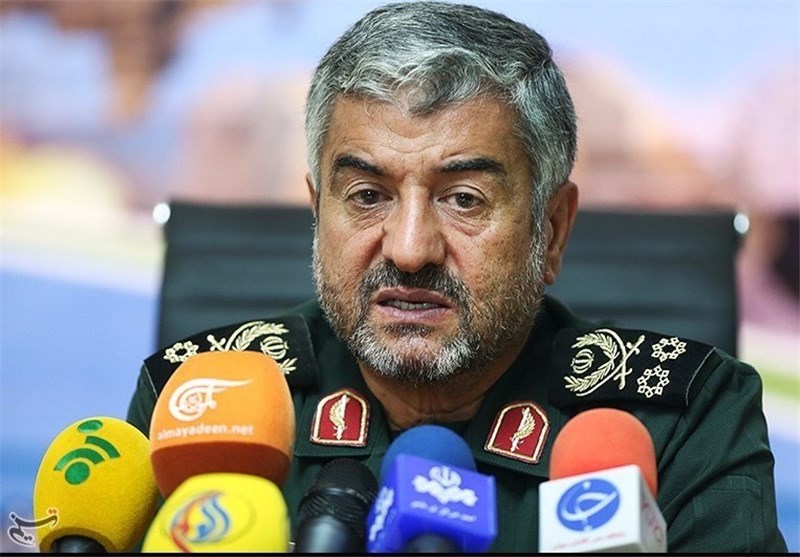 Commander in Chief of Revolution Guards Corps, Major General Jaafari, while emphasizing that Islamic Republic of Iran faces no problem in respect to its security and defense said that, struggle, management and continuing the Jihadi sprit in non-combative areas are the current needs of the Islamic Revolution.

Speaking to veterans and cultural and social activists within the Revolution Guards corps on Jan. 19, 2016, IRGC chief said very profound, rapid and astonishing developments are taking place in the region adding that today enemies have changed their tactics of direct confrontation to proxy wars and use of other potentials of Islam against the Islamic Revolution. He said what is taking place in Saudi Arabia is reflection of such approach and Al Saud has become the scapegoat for Zionists.

General Jaafari stressed that as a result of progress made by our young generation, Islamic Revolution is becoming more and more powerful. He added that achieving our objectives and formulating a model for management of society and our Islamic country are among our main preoccupations that must be fulfilled and in order to achieve our objectives every cultural activists and competent forces within the sacred Islamic system should play an effective role based on his own experiences and potentials.

He described economic struggle as part of Jihad on Almighty Gods cause and said that today playing any role in resistance economy sector will not only result in personal gains but bring about valuable achievements to Islamic Revelation and system.

General Jaafari concluding his words by saying thanks God tat these days there is good and strong relations between veterans of cultural and social field with Revolution Guards Corps and called for taking of effective role in cultural, social, economic and political areas by competent forces to serve sublime objectives of the Islamic Revolution.