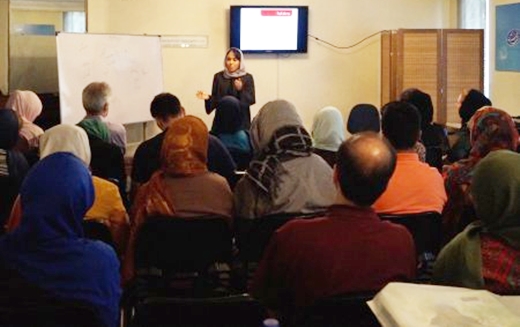 A group of 40 Iranian physicians, nurses, and social activists living and studying abroad has recently launched an educational website (under a project named Ctrl+S) which provides information to Iranians in preventing and controlling sexually transmitted diseases (STDs) and infections.

“When I first entered university in the US a few years ago, I received some brochures on STD prevention and control. Surprisingly, I realized that even as an educated Iranian, I didn’t know anything about most of the diseases listed in the brochure, expect for AIDS,” the Persian language newspaper Sharq quoted Yasi Ashki, the founder of the website, as saying.
Ashki, who is currently studying for an MBA in the US, said, “At the time, I asked myself why Iranian women were not aware of STDs. A little later I realized that Iranian men were in no better position than women in protecting themselves against such diseases.”
“Our youth should be aware that HIV/AIDS is not the only sexually transmitted infection (STI). For example, human papillomavirus (HPV) is the most common STI, which can spread by skin-to-skin contact. The virus can increase risk of cervical cancer in women years after they get infected, she said, adding, “The vaccine can be administered from the age of 9 up to 26.” While the vaccine (Gardasil) is available in Iran, many young people are not aware of its usefulness. It protects against four types of HPV.
As the reproductive health of every young adult should be protected, “We decided to launch an educational website and conduct health education and awareness programs; our primary focus is on STI in reproductive health.”
So far, nine educational workshops have been held by the group in different cities in the country including Tehran, Islamshahr, Mashhad and Babol through their representatives and volunteers.
“Unfortunately, there is no reliable information on Persian language websites on this subject. When I Googled STDs, I found incorrect information on various websites. It seems that one source had released erroneous information and other websites had copy-pasted it.”

Spreading Awareness
In order to create a reliable Persian-language source to raise Iranian awareness about these diseases, “We launched a website with more than 800 translated articles. We firmly believe that knowledge must be spread.”
After its launch, “We felt it was necessary to allow people to ask personal questions in private from physicians; so we created a character named ‘Dr Crown’. The real people behind the character are our physicians who answer all questions within 24 hours.”
So far, thousands of people have sent their queries, and around 12,000 people suspect that they might have HPV, which is the most common STI. This is an alarming warning sign, and therefore knowledge is crucial for its prevention.
Claiming that people have welcomed the project, she explained, “One of our physicians, Amin Sanei, answers people’s questions for 10 hours a day.”
“We are looking for motivated and driven people to join our network of doctors, and social enthusiasts who are pioneers in addressing the sensitive issues of sexual health, often a taboo subject in society.”
The project is funded completely through philanthropic contributions.

HIV Prevalence
According to figures released by the Health Ministry, the annual growth rate of HIV infection transmission In Iran is 10%. Earlier, Health Minister Hassan Hashemi stressed that stigmatization and lack of information and awareness are among the main causes of the spread of the disease.
At present, nearly 30,000 people with HIV have been identified (15% are women), while it is estimated that there are 70,000 more HIV-infected people who are unaware of their condition.
Iran is committed to fast-track ending of the HIV/AIDS by 2030 along with the rest of the world, as per a strategy introduced by UNAIDS, and the Health Ministry is implementing programs within the framework of its fourth strategic plan on HIV prevention and control (2015-2019).