Exclusion of love from teenage literary books is alarming 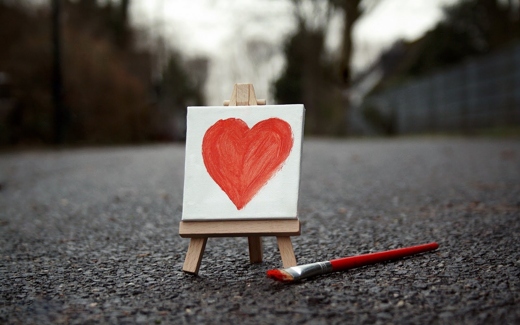 Iranian teenagers find foreign novels more appealing because in spite of all limitations, they still include a trace of close relationships and examples of characters who display love and affection.

“In a society where one cannot write freely about love, writings will be tinged with violence, and affection and friendship will be replaced with hatred and spite,” Iranian novelist Farhad Hassanzadeh said.

What comes below is the translation of his comments about the concept of love and its necessary presence in teenage literary works as posted by the Iranian Students News Agency on February 16:

Love is an emotion which promotes traction and diligence. This feeling takes on different nuances at different stages of life, though. During childhood, it attracts the individual to their parents and family at large. In teen years, one is attracted to members of the opposite sex which mostly manifests itself in emotional contacts and attempts to overcome fear and loneliness. Throughout other stages in life, love becomes part of our behavior.

However you look at it, this feeling cannot be overlooked or obliterated by a morality eraser. Children need love as much as they need to frolic and be joyful. The reflection of love in literature helps them be seen and appreciated.

The elimination of this concept from teenage literary books, however, will drive a wedge between them and books. This feeling is part of their character and they want to learn more about it, so it would be much better for us to satisfy their curiosity, answer their questions and avoid burying our heads in the sand.

One of the reasons Iranian novels do not appeal much to our teenagers and they find foreign novels more intriguing is the failure in our books to pay attention to the matters that teenagers are interested in. In spite of all limitations, in translated novels, there is still a trace of close relationships and examples of characters who display love and affection.

Teenagers are clueless about the restrictions and censorship that authors are subject to and keep asking us to pen books which revolve around the concept of love. They think we do not understand them, whereas the problem lies somewhere else.

Of course such restrictions are not confined to books; they apply to our publications too which are subject to stricter regulations. I raised this concept in my novels “Bambak’s Scorpions” and “This Weblog for Sale”. In my opinion, a good novel covers a series of concepts; philosophy, history, satire and love are among the factors that contribute to the appeal of literature and leave a profound impact on the world of readers.

In my works, I try to juxtapose such concepts with each other in a way that leaves them less exposed to censorship. Thus teenagers can enjoy them more.

In spite of all the tricks I employ, censorship comes back to haunt me. For instance, before the publication of the two books I just mentioned, I was asked to cross out some sections.

Unfortunately, a majority of book censors think that love is merely about eroticism. As long as such viewpoints persist, we cannot expect the release of story books in which teenagers can see a reflection of their own characters. We should not think or decide on behalf of teenagers. We should value their pure thoughts and help them ride out the turbulent era of adolescence.