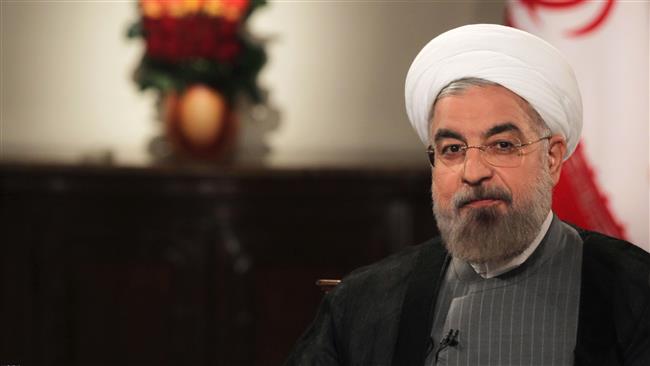 President Rouhani said that under a fatwa issued by Leader of the Islamic Revolution Iran’s nuclear program is peaceful.

President Hassan Rouhani has said an “exceptional opportunity” has emerged for the resolution of Tehran’s nuclear issue.

Rouhani made the remark on Thursday in a phone conversation with British Prime Minister David Cameron as Iran, the United States and the European Union ended a second round of nuclear talks on Tehran’s nuclear program in the Swiss city of Lausanne.

“We should move in the direction of national and international interests and do not let this opportunity… slip away easily,” the Iranian president said.

“Special conditions are prevailing over the negotiations because our common positions regarding the peacefulness of [Iran’s] nuclear activities and the necessity of removal of all unjust sanctions can lead us to the final solution,” he added.

Rouhani emphasized that Iran’s nuclear energy program is peaceful as required under a fatwa by Leader of the Islamic Revolution Ayatollah Seyyed Ali Khamenei.

In a phone conversation with French President Francois Hollande, Rouhani referred to France’s “positive role” during previous nuclear talks between Iran and three major European states from 2003 to 2005, calling for an “active role” of Paris in ongoing talks in Lausanne.

“Enemies of relations between the two states want a non-constructiverole of France in the negotiations, but the French government will undo their objectives by (playing) its constructive role,” he said.

Hollande also called for a “lasting, robust and verifiable” nuclear accord with Iran.

“The president, while insisting on Iran’s legitimate right to use peaceful nuclear power, insisted on the need to work towards a lasting, robust and verifiable agreement on Iran’s nuclear program,” Hollande’s office said in a statement.

In another phone conversation, Rouhani and his Russian counterpart, Vladimir Putin, voiced hope for progress at the talks in Switzerland.

“Hope was expressed for success at the new round of talks in Lausanne,” the Kremlin said in a statement.

The two leaders “noted with satisfaction the progress” made over previous weeks over Iran’s nuclear drive.

Rouhani and Putin also discussed the latest developments of Yemen.

Putin said that his country is against any military intervention in Yemen and that Moscow considers the Saudi airstrikes as a non-constructivemove.

In his phone talks, Rouhani highlighted the Saudi airstrikes against Yemen that left dozens of people dead, condemning any military intervention in the internal affairs of independent nations.

In talks with Hollande, the Iranian president described the Saudi offensive as a dangerous move.

“Interference by foreign militaries is very dangerous and deepens the crisis,” Rouhani said, adding that the “solution to Yemen’s problems is not military.”