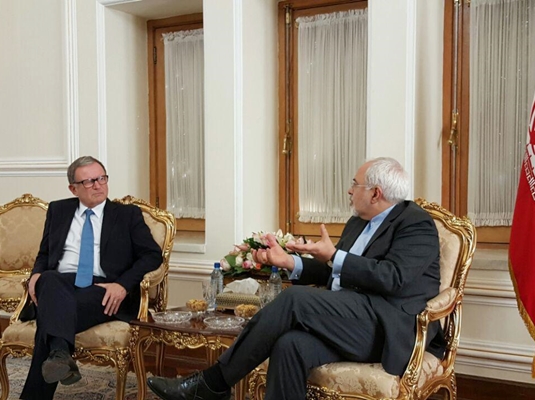 Diplomats and politicians from Europe, including the European commissioner for humanitarian aid, held meetings with Iranian Foreign Minister Mohammad Javad Zarif in Tehran to discuss the bilateral and regional issues.

In one of the meetings on Monday, the Iranian foreign minister and Karlheinz Kopf, joint acting president of Austria, who is also the second president of the European country’s National Council, discussed a range of issues, including Tehran-Vienna ties, collaboration between Iran and the European Union, as well as the latest regional and international developments.

In a separate gathering, Greek Ambassador to Tehran Georgios Ayfantis met with Foreign Minister Zarif and talked about the bilateral relations between Tehran and Athens, Tasnim reported. 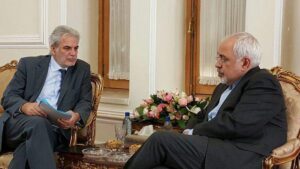 Syria Ceasefire and Delivery of Humanitarian Aid Are Iran’s Priorities

Zarif also had a meeting with the European Commissioner for Humanitarian Aid and Crisis Management, Christos Stylianides.

During the meeting, Zarif said the Islamic Republic attaches great importance to the enforcement of a lasting ceasefire in Syria and dispatch of humanitarian aid to its war-stricken people.

“[The enforcement of] a ceasefire and the dispatch of humanitarian relief have always been among our priorities in Syria and we are ready for any cooperation in this regard,” he said, as reported by Press TV.

For his part, the European official hailed Iran for hosting Afghan refugees and for providing Syria with humanitarian aids.