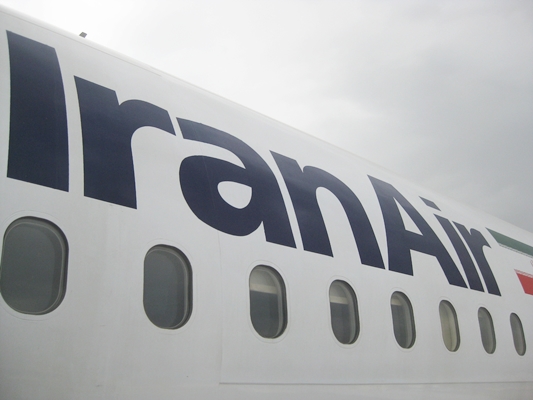 The European Commission announced on Thursday that the Iranian flag carrier Iran Air has been taken off a safety blacklist and has thus been cleared to fly in the European Union.

The easing of restrictions on Iran Air follows a visit to Tehran by European transport Chief Violeta Bulc in April and an EU technical assessment in May.

Iran Air will be allowed to use all its aircraft except Boeing 747 and Fokker 100 planes when flying in the 28-nation EU, the European Commission said on Thursday June 16 in Brussels.

Previously, Iran Air had been only permitted to use EU-manufactured Airbus planes, including 10 Airbus Group SE A300 and two Airbus A310 planes, in Europe.

“Following my visit to Iran in April, a technical assessment was successfully carried out in May,” EU Transport Commissioner Bulc said in a statement on Friday.

“I am happy to announce that we are now able to allow most aircraft from Iran Air back into European skies,” Bulc added.

In an interview with Shargh daily, Shahrokh Nooshabadi, the head of Iran Air’s Public Relations Department, confirmed the removal of Iran Air’s name from the blacklist, and stressed that the six-year ban had prevented the carrier from using planes appropriate for the number of passengers to Europe.

The increase in flight costs was also a major repercussion of such restrictions, he went on to say.

Nooshabadi referred to the ban as a politically-motivated move in line with the second round of anti-Iran sanctions, rather than a technical restriction.

Iran Air’s standards were not lower than those of the EU, but they imposed restrictions on the airline, and finally after six years, annulled them, admitting that Iran observes the safety standards, he said.

As reported by Press TV, Iran’s aviation industry – among several other sectors – had been under a regime of US-led sanctions for several years.  The sanctions were lifted in January, when a deal between Iran and the so-called Group 5+1 – the five permanent members of the Security Council plus Germany – came into effect. The deal – the Joint Comprehensive Plan of Action (JCPOA) – envisaged steps by Iran to restrict certain aspects of its nuclear energy activities in return for the removal of sanctions against the country.

Iran has since intensified efforts to purchase new planes from global aviation giants including Airbus, Boeing and others.

In January, the country sealed a deal with Airbus during a state visit to Paris by President Hassan Rouhani to purchase 118 new planes. Iranian officials say a similar deal is also being worked out with Boeing.

Officials in Tehran have already emphasized that a bulk of new planes will go to Iran Air.