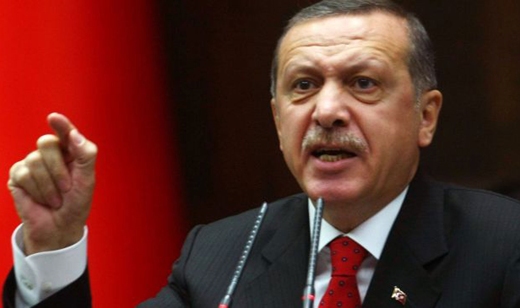 The editor-in-chief of Cumhuriyet, a center-left Turkish daily newspaper, has reacted with threat of his own to threats by President Recep Tayyip Erdogan over a Syria trucks video.

Khabaronline.ir on June 2 reported the exchange of threats between the Turkish president and the daily’s chief. The following is the translation of the report:

“The individual who has reported this as an exclusive story will pay a high price for this,” Erdogan said in a television interview with state broadcaster TRT late on Sunday. “I will not let this go.”

In response, Can Dundar tweeted on his page that the one who has committed this crime will pay a heavy price, saying, “We will not let him go easily.”

The Cumhuriyet newspaper published footage on its website on Friday which it said showed gendarmerie and police officers in Adana, southern Turkey, opening crates of what it described as weapons and ammunition on the back of three trucks belonging to MIT (The National Intelligence Organization).