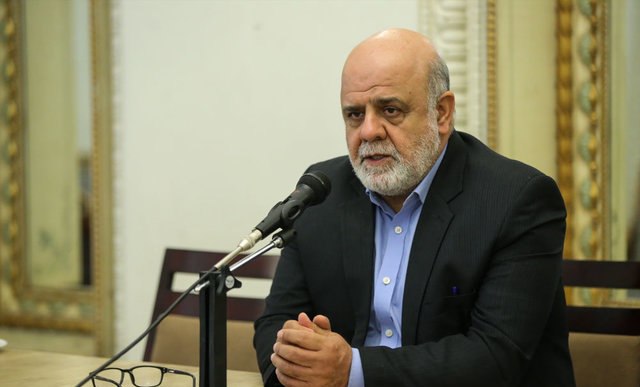 Iran’s ambassador to Iraq says the fourth round of Tehran-Riyadh negotiations are to be held in the Iraqi capital, Baghdad.

“We have had three rounds of talks with the Saudi side, so far, and the fourth round will be held now that the new Iranian administration has been formed,” Iranian Students News Agency (ISNA) quoted Iraj Masjedi as saying.

Iran and Saudi Arabia have had no diplomatic relations following the attack on the Saudi embassy in Tehran in January 2016 after Saudi Arabia executed Shia Muslim cleric Sheikh Nimr al-Nimr. Tehran-Riyadh ties have been strained over several issues such as oil export polices, Yemen war and relations with the United States.

Masjedi added during talks with senior Iraqi officials and politicians, Tehran reiterated its unflinching support for Baghdad with regards to its reconstruction and development.

“We have strong bonds with Iraqi people, and we have officially announced that Iran will firmly stand by Iraq to help rebuild damaged areas,” the top diplomat added.

He underlined that Iran-Iraq trade has reached $13 billion a year, saying, “Iraq is grappling with an electricity [shortage] crisis, and Iran has been the only country to stand by Iraq throughout this crisis,” Masjedi added.

He noted Iran exports some 47 million cubic meters of natural gas to Iraq for its power stations.

“Iraq pays for these gas exports erratically,” he added.

The ambassador further said that tens of thousands of Iraqi students are studying at Iranian universities.

He also underlined that Iran stood by Iraq in the fight against the ISIS terrorist group, adding several Iranians were martyred on Iraqi soil in the war on terror.