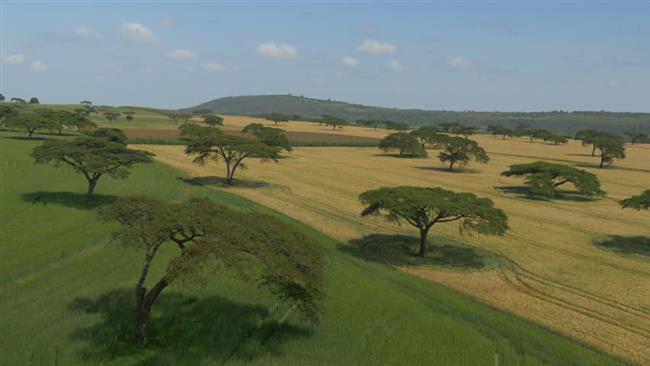 Iran is reportedly looking to lease land in Kenya, Uganda and Tanzania for large-scale food production to serve local and export markets.

More than 10 Iranian companies have expressed interest in growing and processing rice, corn and wheat in East Africa, Iranian Ambassador to Kenya Hadi Farajvand has said.

He said Iran is supporting mechanized agriculture beyond its borders, with companies leasing huge chunks of land and applying modern agricultural methods to grow food for export to Iran.

The companies are willing to establish manufacturing plants in the region to cater to the local market and to export to Iran, Farajvand said.

The move is also aimed at narrowing trade deficit with the Horn Africa countries, which is in Iran’s favor, he added.

“The lifting of sanctions on Iran will pave the way for EAC member states to forge closer ties with Iran, but we need to export value-added products if we are to tilt the balance of trade in our favor,” Peter Kiguta, director-general of Customs and Trade at the EAC, told the Geeska Afrika news agency.

The East African Tea Trade Association (EATTA) expects exports to Iran to grow five-fold in one year with the opening of the market, it said.

Farajvand said the biggest challenge in fostering stronger trade ties between Iran and the EAC countries is the lack of political will in the region and limited information on the available opportunities in Iran.

He said many products from Iran are imported into the region through other countries, making the final product expensive. These imports include oil products, bitumen, ceramics and electricity equipment.

Iran’s Agriculture Minister Mahmoud Hojjati has said the government had envisioned investment on 500,000 hectares of farmland in a number of countries to produce food.

Water-intensive rice and corn crops as well as oilseeds and livestock inputs have been cited by Agriculture Ministry officials as the target products which Iran seeks to grow on farmlands overseas.

Iran is pushing for development of 60,000 hectares of land to cultivate agricultural products in Brazil, Hojjati has said.

Food prices are a key driver of Iran’s double-digit inflation which shot over 40% under former president Mahmoud Ahmadinejad.

Food security is a serious matter for Iran, given the size of its population which has grown over 80 million and seen its food basket grow smaller.

“Between 38-40% of the Iranian families’ economy is related to food which requires us to build a base for reducing prices of nutritional products and providing for facile access to them,” Shafeinia said.