Environmental Education to Be Provided in 108,000 Schools: Ebtekar 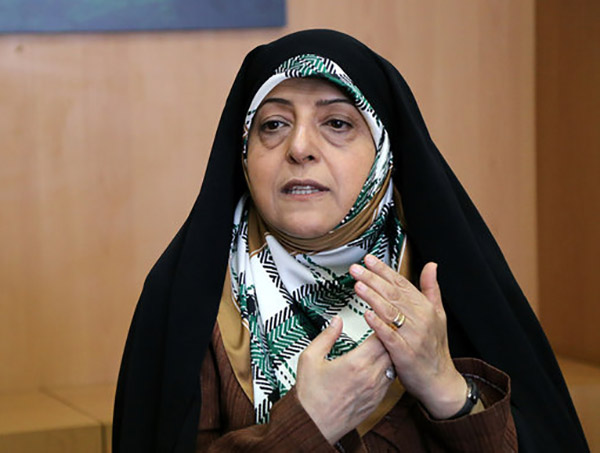 Masoumeh Ebtekar, the Head of Iran’s Department of Environment (DoE), announced that 108,000 schools across the country will receive environmental education as per the MoUs the DoE has signed with the Ministry of Education.

According to a report by Mehr, as translated by IFP, Ebtekar said that with the help of the Ministry of Education, the Department of Environment has devised guidelines and instructions which will be communicated soon and implemented in 108,000 schools across the country.

She made the remarks in an address to the closing ceremony of Khwarizmi International Award for teenagers in Shahid Beheshti Teachers Training Faculty in Iran’s north-eastern city of Mashhad.

The Department of Environment has inked a Memorandum of Understanding with the Ministry of Education on environmental activities, which has yielded considerable achievements, she noted.

“This year, especial educational programs have been envisaged for the schools that are adjacent to the country’s [natural] Protected Areas,” she noted.

Based on the programs, rangers will attend the classes in their uniforms to present students with significant details about their job, wildlife, etc., in an effort to raise public environmental awareness, Ebtekar noted.

She announced that a secretariat of eco-schools has been established in Iran’s north-eastern province of Khorasan Razavi, which, along with education, focuses on environmental issues.

“It’s good to know that environmental issues have found their way into students’ textbooks and student-run environmental groups are pretty active in the country,” she went on to say.

Ebtekar highlighted the importance of students’ role in sustainable development and said, “Students have formed pro-environmental groups in Khorasan Razavi and have taken valuable measures, which are laudable.”

Referring to the entrepreneurship as an important part of Khwarizmi International Award and its close relationship with environment, Ebtekar noted that, “Irrespective of our job types, we all have to keep watchful eyes on environment.”

Ebtekar stressed that the Department of Environment is willing to kick off productive cooperation with Khwarizmi International Award if it shows enthusiasm in environmental fields such as climate or environmental diversity.

She renewed her warning about the shortage of water resources in the country and stressed that “agricultural and irrigation patterns should undergo changes in some areas.”