Dr. Nathan Gonzalez: “Wahhabi” Approach Is One that Does Not Respect Cultural Heritage 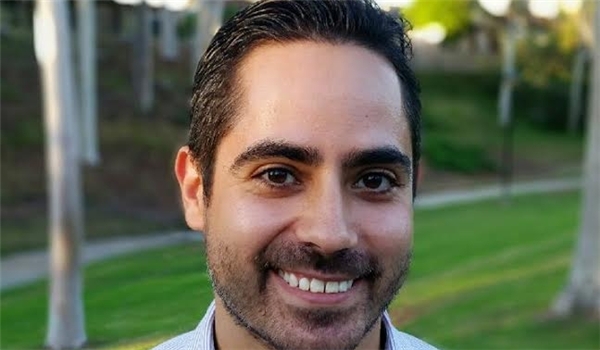 An American journalist and scholar believes it’s the Wahhabi ideology of the ISIL terrorists that drives them to commit such crimes as destroying the ancient sites in the Palmyra city.

“As for the ancient ruins of Syria and Iraq, we have to remember that the ‘Wahhabi’ approach is one that, in general, does not respect cultural heritage. We saw that with the Taliban, blowing up Buddha statues in Afghanistan, and with Saudi religious authorities trying to destroy the Prophet Muhammad (PBUH)’s mausoleum in Medina,” said Dr. Nathan Gonzalez in an interview with Fars News Agency.

“Decapitations and crucifixions are unfortunately also a fact of life in Saudi Arabia. So we are talking something bigger, and more established, than just ISIL,” he added.

Dr. Gonzalez, a Middle East analyst with the Foreign Policy in Focus think-tank and a Huffington Post blogger, also maintains that the Muslim world should play a role in exposing the Westerns “to the more uplifting aspects of the religion” so that the US and European public wouldn’t judge Muslims and their beliefs on the basis of the cruel actions of ISIL terrorists.

Nathan Gonzalez, a part-time lecturer of political science at the California State University, Long Beach, is the author of the book “Engaging Iran: The Rise of a Middle East Powerhouse and America’s Strategic Choice.”

FNA talked to Dr. Nathan Gonzalez about the growth of ISIL network in the Iraqi and Syrian cities, their criminal campaign of mass killing and beheading the non-Muslims, destroying the ancient sites and raping the women and the tides of the anti-ISIL coalition.

Q: The anti-ISIL coalition, which the United States and its NATO and Arab partners have spearheaded in Iraq and Syria, hasn’t seemingly been able to push the terrorist group back, and as the number of coalition airstrikes on its strongholds amount to 7,000, there’s no sign of ISIL intending to retreat or limit its operations. Where’s the problem coming from? Has the coalition been able to contribute to the weakening of ISIL or has simply failed?

A: We should not discount the capability of ISIL. They are not amateurs. Many of its top-level operatives come from Saddam’s former regime, and they are very effective at limiting the impact of the airstrikes. They do this by blending into populations and forcing a ground confrontation whenever they can. In this the Iraqi volunteer forces and militias have been very important, and will continue to play a critical role. Neither Americans, nor Iranians I believe, want a large US ground presence in Iraq.

Q: The critics of US policy on ISIL say the White House made a strategic mistake by excluding Iran from the talks on how to fight this extremist cult, while Iran is itself a major part of the solution to this problem, with a vested interest in the elimination of ISIL. Does the US government now believe that it would need Iran’s involvement in the efforts to tackle the ISIL threat?

A: I think there is no question the United States and Iran will have to work closer on this. The leaders in both countries would probably prefer not to, because of the historical enmity. But ISIL is a real threat, and the two countries will have to put aside their differences and coordinate on a more intimate level. I said this back when ISIL was called “Al-Qaeda in Mesopotamia.” Back then it would have helped for the United States and Iran to coordinate anti-Takfiri efforts in Iraq more closely. But that is in the past. Today the climate for cooperation is much better, and both sides should try to make the most of it.

Q: There are different reports of Saudi Arabia funding and arming the ISIL militants, or otherwise financing Jabhat al-Nusra, a front with an ISIL-like ideology. However, there was a report on CNN last year that Saudi Arabia had pledged to President Obama that it would host the US efforts to train and equip Syrian opposition forces to fight ISIL. It sounds truly complicated. It was clear from the outset that the Saudis wished to prop up ISIL as an instrument of power to topple Bashar al-Assad. At the same time, they’re in the US-led, 12-nation anti-ISIL coalition operating in Syria. How is it possible?

Q: The ISIL terrorists have been capturing civilians, beheading foreign nationals, raping and enslaving the young girls and women and destroying historical sites, including the ancient buildings of the city of Palmyra (Tadmur) in Homs Province. Why have they embarked on such unusual and cruel ploys? What’s the reason behind their violent actions, including the destruction of ancient cities and historical buildings?

A: Part of it may be related to their fear-based tactics, which in many ways come from the culture of Saddam Hussein’s former regime, and in other ways proved effective for Al-Qaeda in Mesopotamia’s organization under Abu Mousab al-Zarqawi. We can say a lot of things about Zarqawi’s barbarism, but he was able to have a profound impact on Iraqi politics despite having relatively few people under his command. On a practical level, this type of violence probably makes defections less likely, and it attracts particular type of sociopath from abroad, the kind that has no connection to the locals and has no qualms about killing and raping. As for the ancient ruins of Syria and Iraq, we have to remember that the “Wahhabi” approach is one that, in general, does not respect cultural heritage. We saw that with the Taliban, blowing up Buddha statues in Afghanistan, and with Saudi religious authorities trying to destroy the Prophet Muhammad’s mausoleum in Medina. Decapitations and crucifixions are unfortunately also a fact of life in Saudi Arabia. So we are talking something bigger, and more established, than just ISIL.

Q: ISIL is promoting itself as an Islamic Caliphate. Few people in the West would care whether the ISIL fighters and its leaders are simply a group of radicalized, malignant individuals who might be only Muslims nominally, or are pure Muslims following Quran and the teachings of the prophet. So, they make such generalizations that Muslims are generally fundamentalists, and judge all the Muslims worldwide on the basis of the atrocities of ISIL. Is it possible to deflect this wrong association and enlighten the Western public about the truths of peace-making, peace-loving Islam?

A: Muslims are a very small minority in the United States. So the few things we hear about Islam are often in the form of political turmoil that happens in the name of Islam. Even something as noble as “zakat” has been used by groups like al-Qaeda to fund terrorism, so the negative associations are what get the most exposure. There are of course many voices speaking out to ensure that people get a more realistic view of the faith, but when people are genuinely afraid, it is difficult to have a rational discussion. Perhaps there is a role that Muslim countries themselves can play in exposing Westerners to the more uplifting aspects of the religion.