Deputy Minister: Being Optimistic about US Is a Strategic Mistake 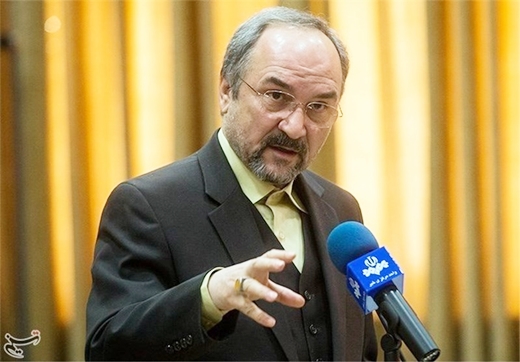 Iran’s Deputy Economy Minister, Mohammad Khazaei, believes that the US seizure of Iranian assets reaffirmed the longstanding hostility between Tehran and Washington.

“This recent US move [the asset seizure] had its roots years ago. This is a very good indicator of the fact that fundamental hostility between the US and the Islamic Republic of Iran is going to last,” Khazaei told Tasnim, as translated by IFP.

“Although the move was made by the US judicial system, the US administration was also behind it, and we should be vigilant against such measures, as the Leader of the Islamic Revolution has warned,” he went on to say.

“Being optimistic that the Americans would completely renounce their hostility towards Iran is not a correct or strategic move. We should defend our national interests from any position,” Khazaei, who was Iran’s envoy to the UN, noted.

“US hostility towards Iran is a very complicated issue,” he said, stressing that Iran should take legal and diplomatic measures to follow up the seizure of its assets.

“Iran should follow up the issue in international legal bodies and put the US under pressure,” he went on to say.

“In this case, more important than the money is its political aspect, which is indicative of the continued hostility of Americans towards Iran,” he further noted, stressing that the enmity has not decreased at all.