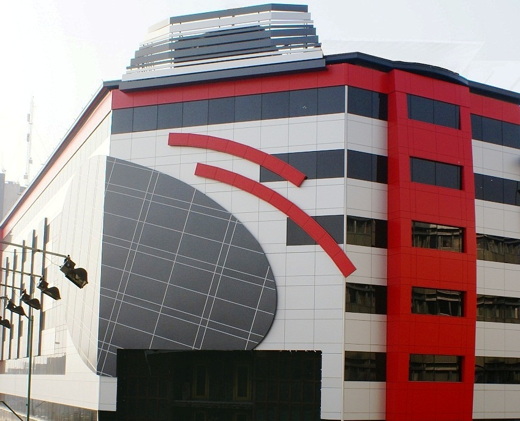 The Court of Administrative Justice finds the addition to Alaeddin Shopping Center illegal and orders it demolished.

Arman-e Emrooz newspaper on December 22 quoted an official with the Court of Administrative Justice as saying that the court has ordered the seventh floor of Alaeddin Shopping Center in Tehran to be destroyed. The following is a partial translation of the report:

Musa Ghorbani, the deputy chairman of the Court of Administrative Justice for judicial affairs, said the owner of the [cell phone] shopping center had illegally constructed the additional floor, but the court has now ordered it removed.

He said the owner will naturally appeal the court’s verdict, adding due to the compelling evidence the ruling is unlikely to be overturned.

The owner – plaintiff – had filed complaints against a decision by the Article 100 Commission of Tehran Municipality to destroy the building’s seventh floor, he said, adding his complaint was overturned in the court of first instance.

According to a report by the Fire Department, Center for Justice Department Experts and Tehran Construction Engineering Organization, the construction in the shopping center is both illegal and untechnical, he said.

The official further said the building is a threat to its occupants, adding it should be pulled down in order to avoid any further damage to the structure.

The verdict of the court of first instance was released more than 20 days ago and the owner has 20 days, since the verdict is officially announced, to appeal.