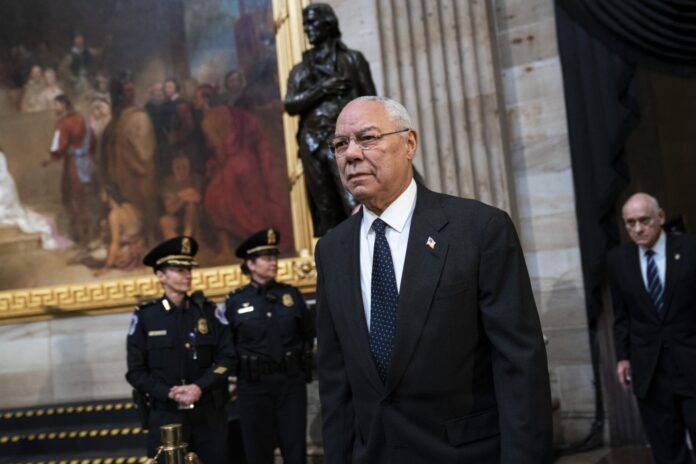 Colin Powell, former US Secretary of State under President George W. Bush, has died from coronavirus complications. He had pushed faulty intelligence before the United Nations (UN) to advocate for the US-led invasion of Iraq in 2003.

Powell, also the chairman of the Joint Chiefs of Staff, has died from Covid complications at the age of 84.

Powell was previously diagnosed with multiple myeloma, a type of blood cancer that hurts the body’s ability to fight infections.

“General Colin L. Powell, former U.S. Secretary of State and Chairman of the Joint Chiefs of Staff, passed away this morning due to complications from Covid 19,” the Powell family wrote on Facebook.

“We have lost a remarkable and loving husband, father, grandfather and a great American,” the family added, noting he was fully vaccinated.

Powell, the son of Jamaican immigrants, became the first Black national security adviser during the Reagan administration. President George H.W. Bush tapped Powell to be the youngest and first Black chairman of the Joint Chiefs of Staff.

As chairman, he oversaw America’s Desert Storm operations during the Persian Gulf war. After 35 years of military service, Powell retired from the U.S. Army as a four-star general.

In 2001, he became the first Black secretary of State under President George W. Bush.