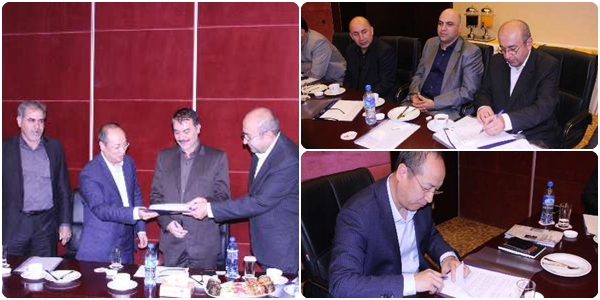 The deal for construction of first petrochemical power plant in Mehran was signed on Tuesday between the executor company of Petrosaman Faragostar and Chinese Company CNTIC.

Managing director of the Iranian company Mohammad Reza Daqiq, said that following the implementation of the project, petrochemical products such as resin phenol and acrylic acid will be produced for the first time in the country.

Noting that the plant will be built using the latest technologies of Germany, Denmark and France, he added that products of the petrochemical unit will be used in the production of nylon, types of wash-ups, paints, aspirin and gasoline additives.

The official also hoped that following the construction Mehran power plant, the need for imports of raw materials of oil and gas downstream industries will be removed.

The project will take 40 months to complete, he said, adding that it will generate direct and indirect 3,000 jobs.

Meanwhile, assistant of CNTIC managing director, Yang Bin told IRNA that the company has been working in Iran since 25 years ago, adding that the company has so far financed lines I and II of Tehran Metro, several cement factories and certain telecommunications projects.

He put the value of Mehran petrochemical unit deal at 1.650 billion euro, saying that the company share in the project is 85 percent with the remaining 15 percent belonging to Iran.