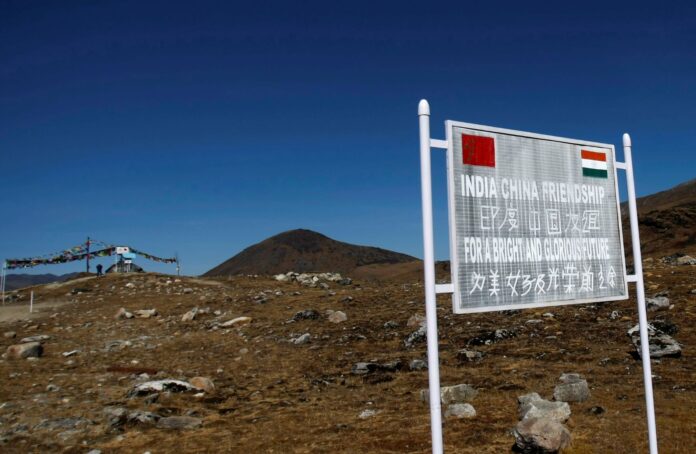 Talks between Chinese and Indian army commanders to defuse border tensions ended in a stalemate and failed to ease months-long standoff which has sometimes led to deadly clashes, the two sides announced.

The continuing standoff means the two nations will keep troops in the forward areas of Ladakh for a second consecutive winter in dangerously freezing temperatures.

The Chinese Army put tank regiments through their paces near the Indian border, state media reported, as territorial talks between the two sides failed at the weekend.

The Xinjiang military district of the People’s Liberation Army (PLA), which faces Indian troops at an elevation of 5,000 metres (16,400 feet) in the Karakoram Mountains, had been actively improving its high-altitude tank battle capabilities, state broadcaster CCTV reported.

The report came as the 13th round of negotiations between Indian and Chinese military commanders broke down on Sunday, with both sides blaming the other for the flashpoints along their disputed mountainous border.

In another report, Chinese state media reported a brigade had for the first time staged a live ammunition test-fire of grenade launchers in western Sichuan.

This came as frontline military commanders from China and India resumed talks on Sunday after a two-month break. However, the 8½-hour negotiations, in the border village of Moldo on the Chinese side of the Line of Actual Control (LAC), once again led to no resolution in the 17-month stand-off.

PLA spokesman Long Shaohua blamed the deadlock on India’s “unreasonable and unrealistic demands” despite “the Chinese side’s tremendous efforts to promote the cooling and de-escalation of the border situation”.

Meanwhile, Indian officials emphasised that the situation along the LAC had been triggered by “unilateral attempts of [the] Chinese side to alter the status quo … in violation of bilateral agreements”.

This series of commander-level talks began in May 2020, when friction first broke out on multiple locations along the LAC, which stretches over thousands of kilometres. The military confrontation peaked in June 2020 when at least two dozen soldiers were killed in the Galwan Valley in Ladakh.

Amid the marathon talks, both sides have increased infrastructure build-up and deployed extra troops at the border.

Some of the previous rounds saw the two sides reach agreements to disengage from some of the hotspots but troops remain in close proximity in other parts of Ladakh.

CCTV did not say when the latest tank drill took place but PLA companies practised various manoeuvres and forms of firing.

“This exercise highlighted the use of equipment in extreme cold weather on the plateau and effectively improved the troops’ combat capability,” according to the report.

The PLA has also deployed its latest Type 15 lightweight tank – specialised for mountainous regions – to soldiers in Xinjiang and Tibet.

In another drill by the Xinjiang military district two weeks ago, artillery battalions carried out overnight live-fire drills with self-propelled guns and rockets on the Karakoram range in minus 10-degree Celsius snowy conditions.