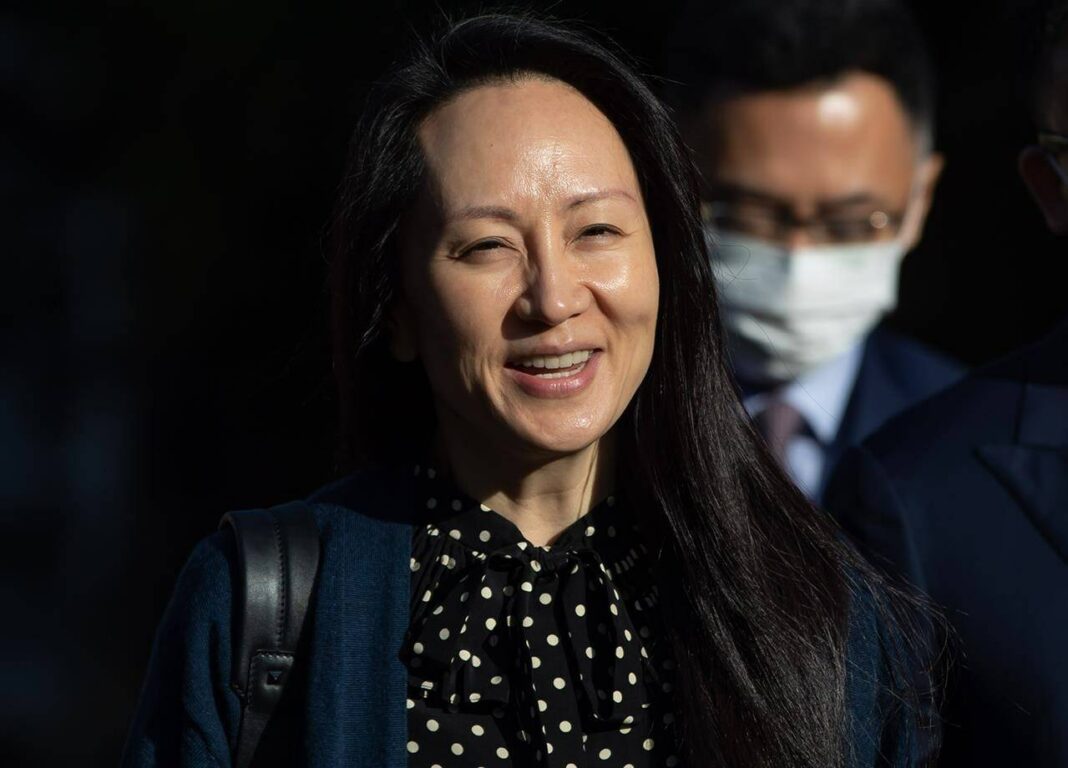 China has freed two Canadian citizens after the U.S. struck a deal for the release of Huawei’s chief financial officer Meng Wanzhou.

“These two men have gone through an unbelievably difficult ordeal,” Trudeau said in Ottawa, adding, “For the past 1,000 days, they have shown strength, perseverance, resilience and grace.”

Spavor and Kovrig boarded their flight about 7:30 p.m. ET, Trudeau noted. They are being accompanied by Dominic Barton, Canada’s ambassador to China.

The ‘two Michaels’ were detained in what is widely considered a retaliatory act after Meng was arrested in Vancouver on Dec. 1, 2018, at the request of the U.S. government.

Meng reached a deferred prosecution agreement with the U.S. government earlier Friday, setting off a quick chain of events that saw her extradition case dropped by a B.C. court and concluded with her departure from the Vancouver airport, also about 7:30 p.m. ET.

China has insisted throughout the legal saga that Spavor and Kovrig were arrested on legitimate grounds, but the timing of their release is sure to bolster Ottawa’s argument that the two men were arbitrarily detained.

Trudeau deflected questions about what the development will mean for the strained relationship between Canada and China. He also did not answer exactly how their release came about.

“There is going to be time for analysis and reflection in the coming days and weeks, but the fact of the matter is, I know Canadians will be incredibly happy to know right now, this Friday night, Michael Kovrig and Michael Spavor are on a plane and they’re coming home,” he told reporters in Parliament’s West Block building.

Spavor, an entrepreneur who worked in North Korea and China, was found guilty of spying and sentenced to 11 years in prison and extradition by a Chinese court in August.

The trial for Kovrig, a diplomat, concluded in March, but he had not yet been sentenced.

Trudeau was asked on Friday if he spoke to Chinese President Xi Jinping ahead of the release, but Trudeau said Canadian diplomats were the ones leading the work.

U.S. Secretary of State Antony J. Blinken said in a statement that his government welcomes the return of the Spavor and Kovrig “after more than two-and-a-half years of arbitrary detention”.

As part of her arrangement with U.S. prosecutors, Meng pleaded not guilty in a court Friday to multiple fraud charges.

The Huawei chief financial officer entered the plea during a virtual appearance in a New York courtroom. She was charged with bank fraud, wire fraud and conspiracies to commit bank and wire fraud more than two and a half years ago.

The agreed statement of facts from Friday’s U.S. court appearance said that Meng told a global financial institution that a company operating in Iran in violation of U.S. sanctions was a “local partner” of Huawei when in fact it was a subsidiary of Huawei.

David Kessler, an attorney with the United States Attorney’s Office for the Eastern District of New York, told the court the deferred prosecution agreement (DPA) will last four years — from the time of her arrest on Dec. 1, 2018, to Dec. 1, 2022.

Meng’s legal battle in Canada played out in stark contrast to the Chinese prosecutions of Spavor and Kovrig, which Canadian officials routinely decried for a lack of transparency.

She also lived under house arrest at a multimillion-dollar home in Vancouver while awaiting extradition. Spavor and Kovrig were held in Chinese prisons during the same period.

Meng read from a prepared statement, following what was likely her last appearance in a B.C. court, in which she thanked the Canadian government “for upholding the rule of law”.