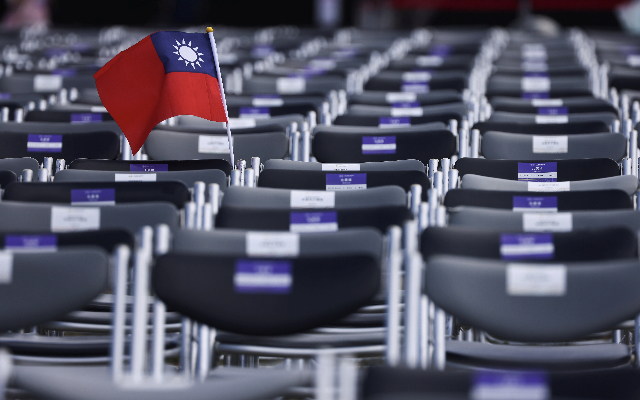 China has slammed remarks by Taiwan’s President Tsai Ing-wen during ‘national day’ speech. She said the island will not bow to pressure from Beijing and will continue to bolster its defense capability.

Beijing has announced China must be and will be reunified, “Taiwan independence” attempts will be smashed with joint efforts of compatriots across the Strait.

Ma Xiaoguang, a spokesperson for the State Council Taiwan Affairs Office, made the remarks when responding to a question about Tsai’s remarks on cross-Strait relations made on Sunday.

Claiming that Tsai’s remarks “incite confrontation, distort facts, mislead the public in the name of so-called unity and consensus, while colluding with external forces to seek independence,” Ma noted that Tsai and the administration of Democratic Progressive Party (DPP) continuously made provocative attempts to seek “Taiwan independence”.

Such provocation is the root cause of the tension in cross-Strait relations and the greatest threat to regional peace and stability, stressed Ma.

He reiterated that Taiwan is a part of China’s territory.

Reaffirming the country’s firm determination in fighting against “Taiwan independence”, the spokesperson also clarified that actions are taken only against the DPP and other separatist forces, rather than ordinary compatriots in Taiwan.

We are willing to settle disputes under the one-China principle and work jointly to push forward the process of peaceful reunification and contribute to a peaceful development of cross-Strait relations, said Ma.

The spokesperson highlighted the commitment to the 1992 Consensus and opposition against “Taiwan independence” as the common political foundation to cross-Strait relations. He said the DPP’s rejection to recognize the 1992 Consensus destroyed the basis of the dialogue.

Ma slammed the DPP for dividing the Taiwan society and plotting “green terror” by suppressing the opposite and promoting desinicization since it took the office.

Ma said the DPP disguised its “Taiwan independence” attempt as democracy, and pointed out its attempt forcibly cuts the cultural and national ties across the Strait and has significantly damaged the fundamental interests of Taiwan compatriots.

National reunification is a common wish for Chinese compatriots within China to those from abroad. And Taiwan is an inalienable part of China which belongs to all the Chinese people including the 23 million compatriots in Taiwan, Ma stated.

Stressing that the future of Taiwan should be jointly decided by all Chinese people, Ma added DPP’s plot will not resist the major trend of development, nor will it manipulate the public opinion.

China must be reunified and will be reunified. We are ready to unite with all Taiwan compatriots to crush any “Taiwan independence” attempts and work jointly to pursue the national reunification as well as the promising future of national rejuvenation.