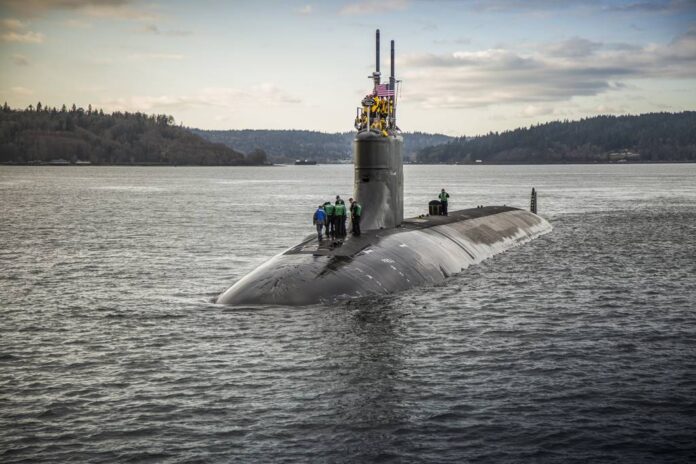 China has expressed concern about a collision between a nuclear submarine belonging to the United States Navy and an “unknown object” in the South China Sea. Beijing has once again stressed Washington is obligated to explain the incident in detail.

A Chinese military spokesperson on Tuesday urged the United States to clarify an incident involving a US nuclear submarine, and to cease conducting the so-called “freedom of navigation” operations in the South China Sea.

Tan Kefei, a spokesperson for the Ministry of National Defense, made the remarks when responding to an inquiry about a US nuclear submarine that had recently collided with an unknown object in the South China Sea, causing some damages and injuries.

“We notice that the US military has deliberately delayed and concealed the details of the incident,” Tan said, adding that such an irresponsible and secretive approach makes China and the countries surrounding the South China Sea have no choice but to question the truth of the incident and the intentions of the US side.

The root cause of the incident is that the United States has for a long time frequently dispatched aircraft carriers, strategic bombers, nuclear submarines and other advanced weapon systems into these waters, Tan noted, adding that such a show of force has heightened tensions and undermined peace and stability in the region.

Tan also mentioned that recently, the United States, the United Kingdom and Australia have established a trilateral security partnership to carry out cooperation on nuclear-powered submarine, giving the non-nuclear-weapon state Australia access to nuclear materials that can be used to make nuclear weapons, posing a huge risk of nuclear proliferation and a grave challenge to regional peace and security.

“China urges the United States to take seriously the concerns of all parties, take a responsible attitude and give a detailed account of the incident as soon as possible, so as to give a satisfactory explanation to the international community and regional countries,” he stated.