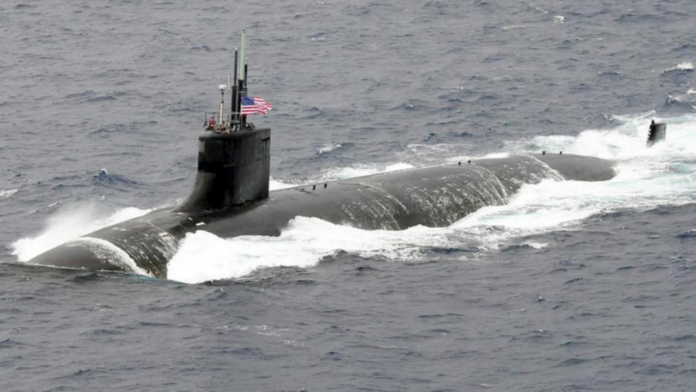 China says Washington must release the details of the recent incident in the South China Sea involving a U.S. nuclear submarine. Reports say the US submarine collided with an unknown object off the sea.

The U.S. should clarify an incident involving a U.S. nuclear submarine, including the exact location of the incident, the intention of the U.S. navigation, details of the incident, what the submarine collided with, whether it caused nuclear leakage, and whether it damaged the local marine environment, said the Chinese Foreign Ministry.

Spokesperson Zhao Lijian made the remarks Friday at a press briefing when asked to comment on the incident. According to U.S. media reports Thursday, a U.S. nuclear-powered submarine collided with an unknown object in international waters in the South China Sea on Oct. 2, causing many injuries.

Zhao stated that for a long time, the U.S. has been stirring up trouble and creating tensions in the South China Sea in the name of freedom of navigation, which is the root cause of the incident and poses serious threats and major risks to regional peace and stability.

Zhao noted the U.S. deliberately delayed and concealed the details of the incident, lacking transparency and responsibility. China and countries around the South China Sea have no choice but to question the truth of the incident and its intentions.

The U.S. and the UK recently decided on nuclear submarine cooperation with Australia, a non-nuclear-weapon state, dispatching nuclear submarines to the Asia-Pacific region without scruples, added Zhao.

This would create the risk of nuclear proliferation, induce arms race, undermine the construction of a nuclear-free zone in Southeast Asia, and dramatically increase the chances of nuclear accidents, he continued.