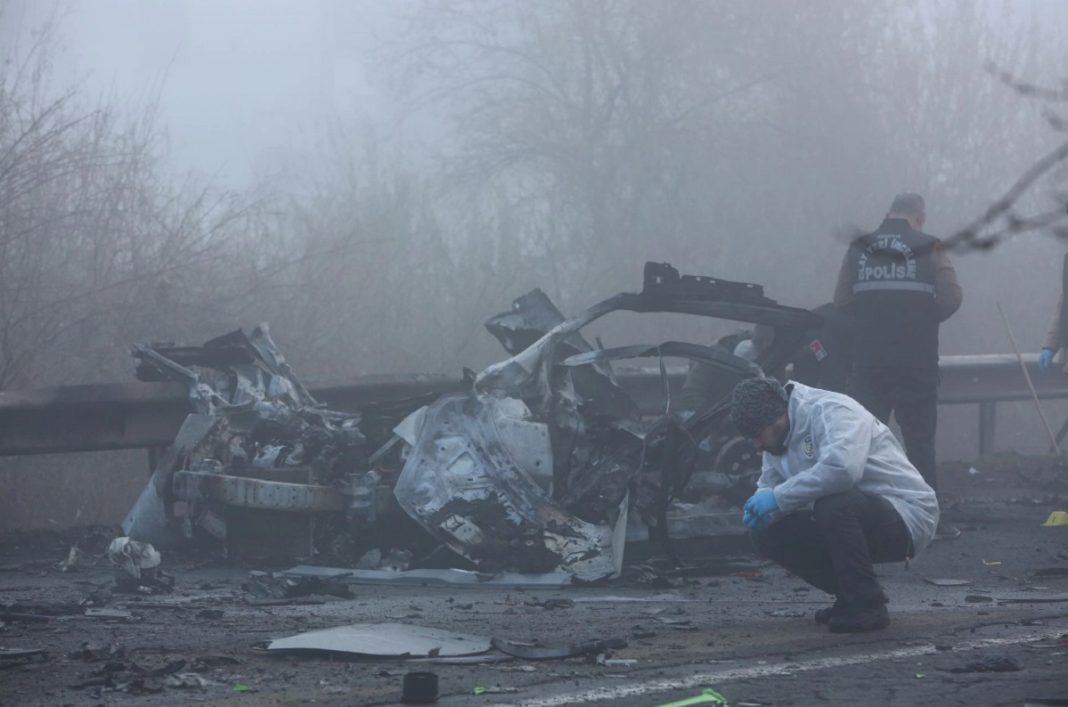 Several Turkish police officers have been injured after a car bomb exploded as their minibus was passing on a highway in the southeastern province of Diyarbakir, Turkish officials have confirmed.

“There was an explosion in a parked vehicle at 5:10am (02:10 GMT) as a police vehicle was going to work in Diyarbakir,” Turkish interior minister Suleyman Soylu stated.

Two people believed to be the perpetrators of the blast have been detained, he added.

The Diyarbakir governor’s office said the bomb had not critically hurt anyone, but nine people who had been in the armoured minibus were taken to hospital for checkups.

It added that the blast occurred near a livestock market some 10 kilometres south of the centre of Diyarbakir, the largest city in southeastern Turkey.

There was no immediate claim of responsibility. Kurdish, leftist and Daesh fighters have all carried out bomb attacks in Turkey in the past.

A bomb killed six people and wounded dozens in Turkey’s largest city, Istanbul, last month. Dozens of people, including a Syrian woman, were detained as suspects.

Turkey blamed fighters from the Kurdistan Workers’ Party (PKK) for that blast, but no group claimed responsibility.

The PKK and the group Turkey believes to be its Syrian affiliate, the People’s Protection Units (YPG) denied involvement.

The PKK launched an armed uprising against the Turkish state in 1984, largely focused in Turkey’s mainly Kurdish southeast. More than 40,000 people have been killed in the conflict.

It is considered a terrorist organisation by Turkey, the European Union and the United States.

Turkey has repeatedly threatened to launch a new military ground operation in northern Syria targeting the YPG, despite public opposition from the US and Russia.

It has been aerially bombing positions belonging to the YPG and the YPG-led Syrian Democratic Forces in northern Syria, as well as conducting operations against the PKK in northern Iraq.