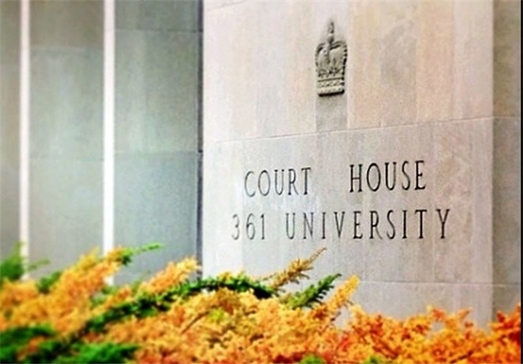 A court in Canada has issued a verdict giving $13 million of Iran’s non-diplomatic assets to the families of Americans who died in several attacks blamed on Iran.

The judgment by the Ontario Superior Court of Justice, obtained by AFP on Friday June 10, found Tehran responsible for financing and training Hamas and Hezbollah operatives, who purportedly carried out eight bombings or hostage-takings in Buenos Aires, Israel, Lebanon and Saudi Arabia between 1983 and 2002. Tehran did not immediately comment on the court judgment.

“The broad issue before the court is whether Iran is entitled to immunity from the jurisdiction of Canadian courts for its support of terrorism,” Ontario Superior Court Justice Glenn Hainey claimed.

This is while Canadian Foreign Minister Stéphane Dion confirmed on Friday that Ottawa has started “official” talks with Tehran in an attempt to renew ties with the Islamic Republic following a lasting nuclear deal between Tehran and world powers. “Talks have started, yes, at the official level,” Dion said. Iran’s ambassador the United Nations declined to comment when asked whether the talks were happening between the two country’s missions to the UN.

Italy has been handling Canada’s interests in the country since ties were cut four years ago. Canada broke diplomatic ties with Iran in September 2012.

“Thank God we have the help of the Italians but it would be much better if Canada were able to help itself as a country,” Dion added.

He would not speculate on the type of diplomatic presence Canada might pursue in Tehran, but added that an embassy was not a likelihood in the near future. “I would say it’s step by step — and an embassy cannot be a first step.”