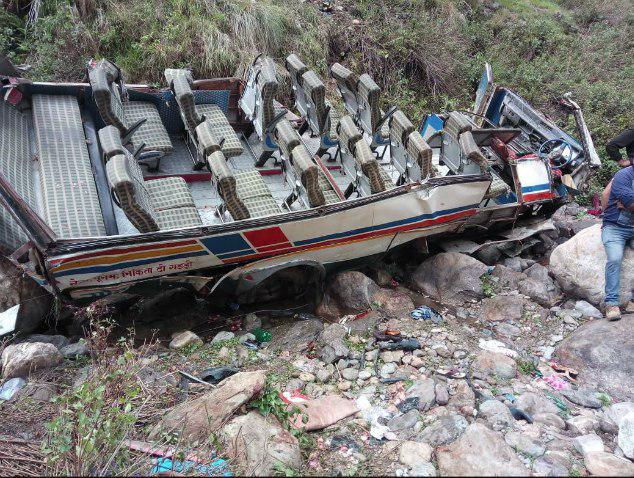 At least 44 people lost their lives on Sunday after a passenger bus crashed into a gorge in the Himalayan state of Uttarakhand in northern India, police said.

“44 people have died in the accident. At least 3 others are injured,” Deepesh Chandra Kala, a disaster management officer from Pauri Garhwal district where the accident occurred, told AFP.

“The rescue work is still ongoing,” the officer added.

According to TV reports, 20 bodies have been recovered so far.

ANI quoted Garhwal Commissioner Dilip Jawalkar as saying the number of casualties was expected to rise.