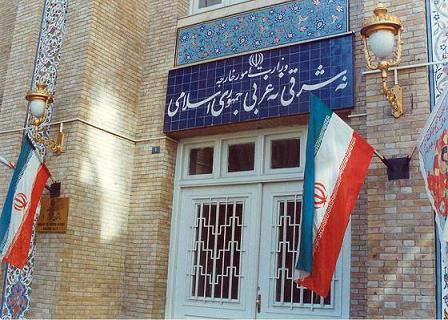 The Iranian Foreign Ministry summoned the British ambassador to Tehran after anti-Iran remarks made by British Prime Minister Theresa May at the summit of the Persian Gulf Cooperation Council.

The ministry’s spokesman Bahram Qassemi said that Nicholas Hopton, the country’s ambassador to Tehran, was summoned to the Foreign Ministry on Saturday.

Speaking at the annual summit of the Persian Gulf Cooperation Council in the Bahraini capital of Manama on Wednesday, May said Britain would contribute to counteracting what she called “aggressive regional actions” from Iran, and unveiled plans for a four-billion-dollar military investment in the region for the next 10 years.

Iran seriously expects Britain to avoid repeating such unacceptable remarks in the future, he stated, adding that the Iranian official told the British diplomat that such measures are in contradiction with the expansion of relations and would harm Tehran-London ties.

Qassemi further said that the British ambassador was also told that Iran’s regional policy was based on the establishment of peace, stability and security as well as the fight against terrorism.

Hopton, for his part, said London’s policy was to improve relations with Tehran and added that he would immediately inform his country of Iran’s message.

Also on Saturday, Iranian First Vice-President Eshaq Jahangiri criticized May’s recent remarks against the Islamic Republic and said such statements will only bring humiliation to those making them.

“She was invited (by the PGCC states) to the summit to speak against Iran,” he said, adding that the Islamic Republic is considered a major regional power and they cannot undermine the country by such remarks.