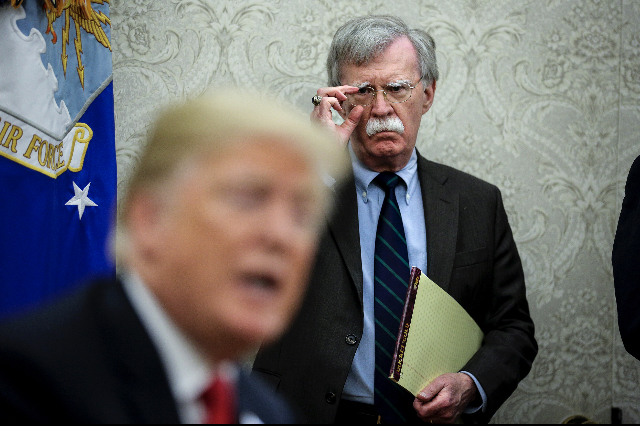 Former US national security advisor John Bolton has blamed the administration of Joe Biden over messy Afghanistan withdrawal as well as his former boss Donald Trump for coronavirus deaths in the US. He has once again called for the overthrowing of the Iranian regime.

Speaking with RT’s Afshin Rattansi, Bolton remained true to his hawkish foreign policy views, addressing the recent US pullout from Kabul, the rise of Islamic State Khorasan (ISIS-K), sanctions against Iran, Cuba and Venezuela, the 2018 bombing of Syria, and more.

Bolton served as Trump’s national security advisor from April 2018 to September 2019, and frequently clashed with the 45th president on how aggressive the US policy should be. He was fired after Trump called for US withdrawal from Afghanistan – something he still considers a mistake.

Calling Trump’s peace deal with the Taliban “flawed in many respects,” Bolton said it was essentially adopted by President Joe Biden, who disregarded warnings from the Pentagon, State Department and the White House to plow ahead.

Bolton also doubled down on overthrowing the government in Tehran – something the US has been trying to do for decades – calling it deeply unpopular among the Iranian people.

“It’s only through regime change in Iran that you’re gonna get a strategic decision there not to pursue nuclear weapons,” he said.

He brushed away Rattansi’s question about the 1953 US-UK coup that overthrew the democratic government of Mohammad Mossadegh, arguing it was the right thing to do and not connected with the 1979 revolution that established the Islamic Republic.

Asked if the US sanctions against Iran were worth the deaths of civilians – a question once memorably asked of his predecessor as the US envoy to the UN, Madeleine Albright – Bolton dodged. The deaths weren’t caused by the sanctions themselves, but the “mishandling” of the Iranian economy and “corruption” by the government, he stated.

He also insisted sanctions against Cuba were absolutely working, pointing to “very large demonstrations” in July, though they seem to have petered out after a couple of weeks.

Bolton has nursed a vendetta against Trump ever since his dismissal, blaming him for many things in a memoir published in 2020. Speaking with RT, he also blamed the 45th president for the US response to the coronavirus pandemic.

Answering the frequent accusation that he dismantled the pandemic preparedness unit at the National Security Council, Bolton noted he didn’t abolish it, but “did something really bureaucratically quite responsible: I merged it with the biological weapons unit of the NSC.”

That unit did its job, he insisted, raising red flags in January, but “Trump’s unwillingness to take Covid seriously in the beginning” because of the election was the problem, Bolton told Rattansi.