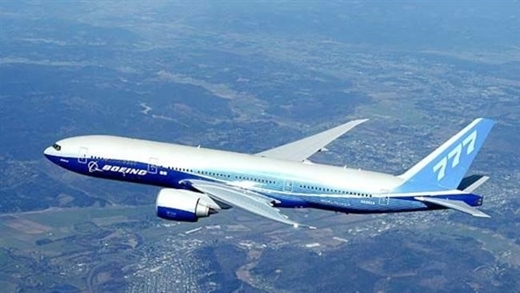 US plane maker Boeing has proposed to sell new models of its 737, 777 and 787 aircraft to Iran and promised after-sales support, a top Iranian aviation official says. - See more at: http://en.alalam.ir/news/1807385#sthash.VJnhI2vQ.dpuf

“Two days of intensive negotiations were held between Boeing representatives, the Airline of the Islamic Republic of Iran (Iran Air), and other [Iranian] airlines on providing logistical support in the areas of parts and publications as well as flight safety issues and other services for the airplanes operating in Iran’s air fleet,” Maqsoud As’adi-Samani, the secretary of the Association of Iranian Airlines (AIRA), said on Monday.

The Iranian official added that “there have been limited cooperation between Boeing and some Iranian aviation companies” in the wake of the country’s nuclear agreement with world powers.

The representatives of the American company offered three plane models to Iranian airlines during the talks in Tehran, As’adi-Samani said, stressing that “Boeing’s way of cooperation with Iranian companies in supporting the existing planes in the country and its adherence to the commitments will undoubtedly affect the airlines’ decision to buy aircraft” from the aviation giant.

The official also noted that the Iranian airlines will study Boeing’s proposal and make decisions based on their own and the national interests.

The Boeing 737 is a short- to medium-range narrow-body aircraft, which has been developed into a family of ten models with a capacity of 85 to 215 passengers.

The world’s largest twin-jet with a capacity of 314 to 451 passengers, the Boeing 777 is a family of long-range wide-body airplanes. The Boeing 787 Dreamliner, which is capable of carrying 242 to 335 passengers, is a long-range mid-size airliner.

Elsewhere in his remarks, As’adi-Samani said there are currently 48 Boeing airplanes operating in Iran, comprising some 32 percent of the active fleet in the country.

Meanwhile, Boeing spokesman John Dern told The Associated Press that the company discussed the “capabilities of Boeing airplanes, along with the support the company provides.”

Tehran is seeking to upgrade its aging fleet of aircraft following last year’s nuclear agreement between Iran and the P5+1 group of countries.

Iran and the P5+1 — the United States, Britain, France, China, and Russia plus Germany — finalized the nuclear agreement, dubbed the Joint Comprehensive Plan of Action (JCPOA), in Vienna, Austria, on July 14, 2015. They started to implement the JCPOA on January 16.

The official noted that Iran’s order list from the American company included 737s for domestic flights and two-aisle 777s for long-haul routes.

Also in January, Iran signed a major deal worth over $27 billion for the purchase of 118 planes from Airbus. The deal was signed during a landmark trip to Paris by Iran’s President Hassan Rouhani.

According to Akhoundi, Iran’s current civil aviation fleet consists of 248 aircraft with an average age of 20 years, of which 100 are grounded.