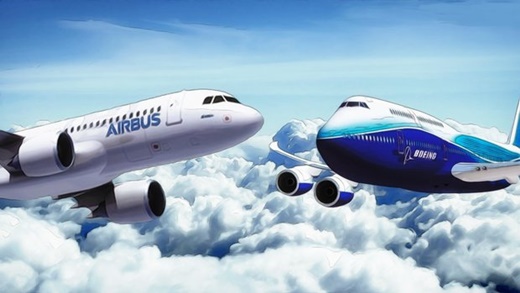 An aviation official outlines the intense competition between Boeing and Airbus as a barrier to the purchase of aircraft from the European company.

Touching upon the problems mentioned by Airbus in terms of aircraft sales to Iran, Secretary of Iran’s Aviation Companies Association Maghsoud Asadi Samani said, “Unfortunately, the strong, head-to-head competition between America’s Boeing Company and France’s Airbus SAS has brought about difficulties in selling airplanes to Iran.”

Asadi Samani noted that Airbus requires an OFAC license to sell aircraft to Iran, adding “The license is only issued by the US, and given that the Americans are seeking to pave the way for Boeing to enter the Iranian market, negotiations between Iran Air and international companies will continue until a resolution is reached.”

The official referred to the ban on trading with US dollars in Iran, asserting, “As a result, Airbus is not allowed to make a deal with Iran until all banking complications are addressed.”

“Both large aircraft manufacturers are looking forward to gaining a share of the Iranian market,” he continued.

The secretary of Iran’s Aviation Companies Association said Iranian airliners are seeking to fix insurance problems for foreign financing as a prerequisite to purchasing aircraft.

“Buying airplanes brings high costs, which are not affordable by private airlines,” noted the official, emphasizing that these actions cannot be carried out by relying on domestic resources, as such moves are not cost-effective.

Asadi Samani went on to underline that “Iranian companies are trying to import younger aircraft in order to offer better services to passengers.”

He stressed that the resolutions taking place in terms of banking resources can provide room for the presence of Iranian airlines in the world market.

Trade and finance sanctions imposed against Iran by the US have forced all entities inside America, together with all companies’ subsidiaries in other countries, to obtain written permission from the Office of Foreign Assets Control (OFAC) for exchanging money, goods and services with Iran.