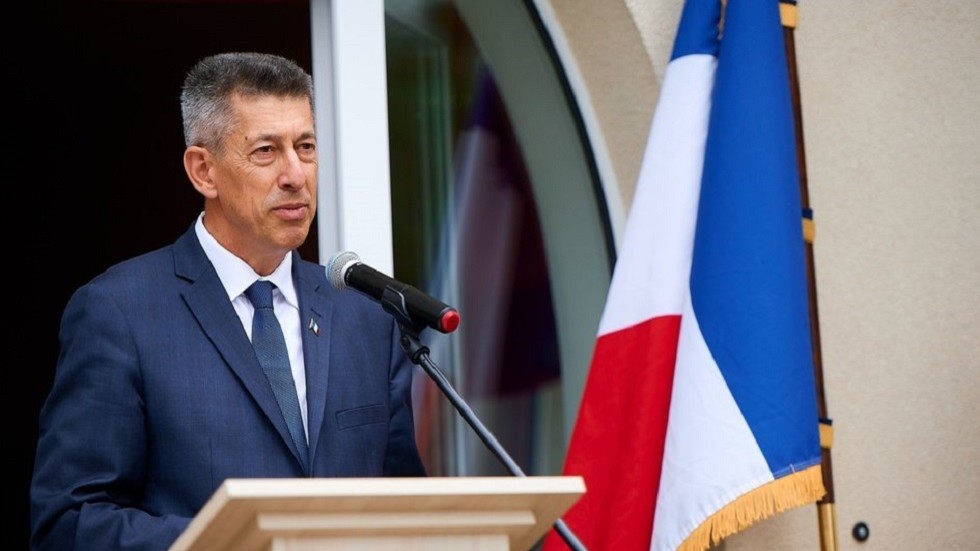 France's ambassador to Belarus has left the country upon an order by officials in Minsk, the French embassy in Belarus announced. Paris did not say what was behind the decision.

France’s ambassador to Belarus has left the country after the authorities in Minsk demanded he leave by Monday, the embassy announced.

But according to reports in the Belarusian media, ambassador Nicolas de Lacoste never met President Alexander Lukashenko to give him copies of his credentials.

France, like other EU countries, has not recognised the Belarusian strongman’s claim to a sixth presidential term in disputed elections in August last year.

“He said goodbye to the staff of the embassy and recorded a video message to the Belarusian people, which will appear tomorrow morning on the embassy’s website,” she continued.

The European Union has imposed waves of sanctions on Lukashenko’s regime over a post-vote crackdown on dissent in Belarus after the country erupted in historic protests against his rule.

Lukashenko has since put down the demonstrations, with authorities jailing hundreds of protesters and closing dozens of independent media outlets and NGOs.

All of the country’s top opposition leaders are either in prison or have fled the country.