Banks Ordered to Allocate 10% of Loans to SMEs 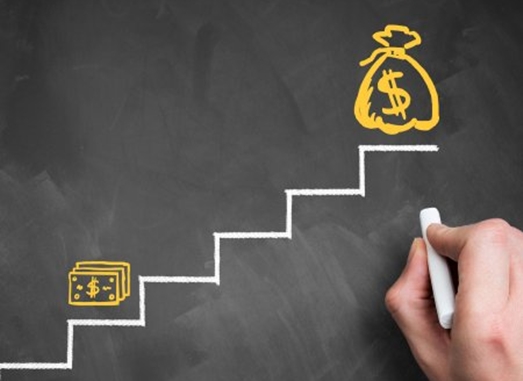 The Central Bank of Iran has ordered banks and credit institutions to allocate a minimum of 10% of their loans to small and medium-sized businesses in a move to help create jobs and boost the beleaguered production sector.

In what is seen as a dramatic gesture on his part to help promote entrepreneurship, CBI Governor Valiollah Seif sent a letter to banks’ chief executives on Wednesday June 8, asking them to consider “financing SMEs as their top priority.”
Banks have come under regular criticism for giving small businesses short shrift and instead being too generous in lending to special-interest groups that have mostly defaulted on their loans. Economy Minister Ali Tayyebnia recently sounded the alarm on the flow of bank resources into unproductive sectors, and the high ratio of bad loans and toxic assets, which now account for 42% of banks’ total resources.
In the missive, published on the CBI website, Seif refereed to the role and influence of SMEs in boosting production and improving the economy. “Allocating resources to SMEs will have a positive impact on the economy, compared to large industries.”
He added that granting loans to small businesses would also improve the efficiency of banks’ lending and help the country achieve the 5% projected growth rate in the current fiscal year, which started in March.
CBI data shows banks lent IRR4.2 quadrillion ($317bn) during the previous fiscal year. While the share of the loans given to SMEs has yet not been specified, it is estimated that 10,000 small and medium-sized businesses are active in the country, many of which are struggling or on the brink of closing down.

New Lease of Life
In comments posted on the Tehran Chamber of Commerce website, Kourosh Parvizian, CEO of the privately-owned Parsian Bank with close ties to the CBI, said the central bank is seeking to finance SMEs with about IRR15-16 trillion.
“Given their total loans paid in the previous year, it is possible for the banking sector to provide this amount,” he said, claiming that the money would be enough to revive the SMEs. However, he noted that the methods used for financing SMEs need to be revised. “For instance, it is important to lend to only those units capable of selling their products.”
The banker added that SMEs need cheaper loans so that they would be able to repay them. “About 15-16% interest on loans should be reasonable,” he noted, at a time when most businesses have complained that such high interest rates are prohibitive and normally thrust the borrowers into the red. The CBI has been trying to ease lending conditions for businesses in dire need of financing and working capital.
Earlier this month, the regulator announced that small and medium-sized businesses are allowed to take out loans even if they have unpaid debts and/or bounced checks. New terms are offered to SMEs active in agriculture, industry, service and production sectors.
Last month, the CBI required banks to provide new loans to businesses with up to 100 people on their payroll.

Latest Borrowing Data
Banks lent IRR212.5 trillion ($6.9bn) during the Iranian month ending April 19, marking a year-on-year growth of 66.7%, or IRR88.5 trillion.
According to CBI data published on Wednesday June 8, the services sector still tops the list of borrowers having received IRR112.1 trillion ($3.67bn), accounting for more than half of the total loans. Industries and mining plus trade sectors accounted for 24.9% and 12.8% of the loans respectively during the said period.
Figures also show that about 68% of loans were paid to help meet the needs of industries and replenish their working capital. The CBI figures said 6.3% of the lending went towards starting new businesses.