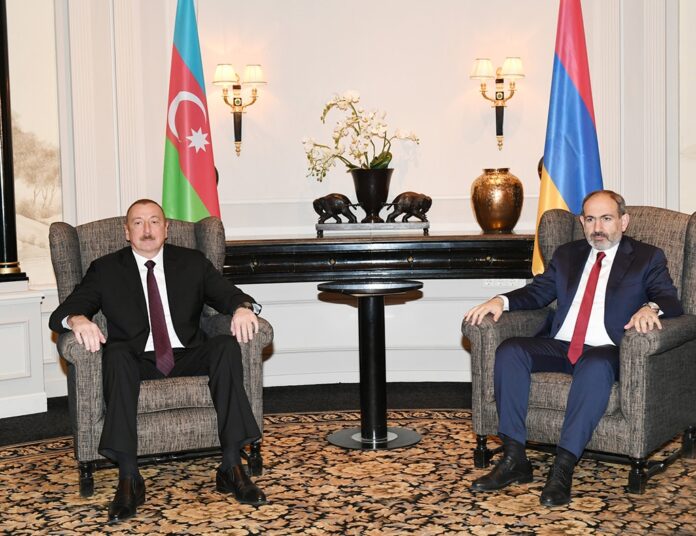 Baku is ready to normalize ties with Yerevan and deems it important to implement the trilateral agreement on Karabakh, the Azeri Foreign Ministry announced on Monday.

“The basis for Azerbaijan’s long-term outlook is ensuring a lasting peace, development and progress. With the factor of occupation of its territories removed, Azerbaijan is ready to normalize relations with Armenia on the basis of strict adherence to the principles of international law, in particular, sovereignty, territorial integrity and the inviolability of borders,” the statement said.

In order to ensure a future peace and stability in the region, at this stage, ‘’it’s important to fully implement the provisions of the trilateral statements’’ that were signed by the leaders of Azerbaijan, Armenia and Russia on November 9, 2020, and January 11, 2021, it added.

“Azerbaijan expects that Armenia will respond adequately to its steps in this direction,’’ the statement read.

Clashes between Azerbaijan and Armenia erupted on September 27, 2020, with intense battles raging in the disputed region of Nagorno-Karabakh. On November 9, 2020, Russian President Vladimir Putin, Azerbaijani President Ilham Aliyev, and Armenian Prime Minister Nikol Pashinyan signed a joint statement on the full cessation of hostilities in Karabakh. According to the document, the Azerbaijani and Armenian sides stopped at the positions that they had maintained, and Russian peacekeepers were deployed along the engagement line in Nagorno-Karabakh and along the Lachin Corridor. On January 11, the leaders of Russia, Armenia and Azerbaijan agreed to create a working group consisting of the deputy prime ministers of the three countries that would focus on rebuilding the transportation and economic ties in the region.