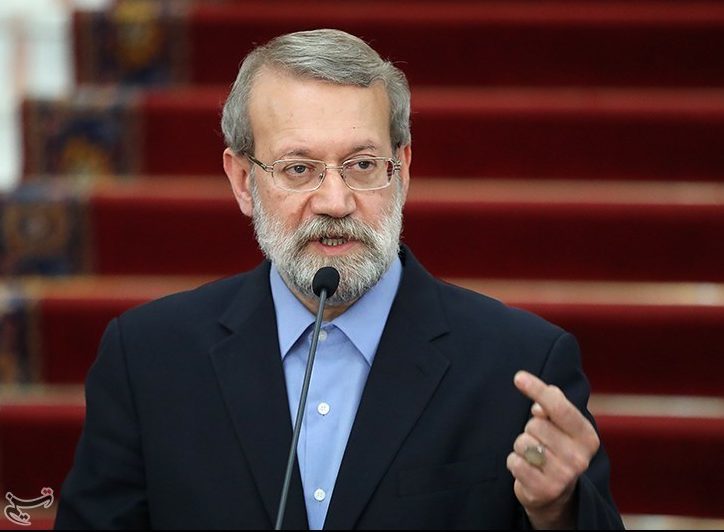 Iranian Parliament Speaker Ali Larijani criticized the United States for bombing a Syrian military air base in the eastern province of Deir ez-Zor, stating that the attack provided ample proof that Washington is taking sides with the terrorist groups.

“While parties were about to reach an agreement on Syria, they (the US) bombed the Syrian army. They showed that they are completely siding with the terrorists, and that their purported war on terror is nothing but a lie,” Larijani said in a joint press conference with Syrian Parliament Speaker Hadiya Khalaf Abbas in Tehran on Monday.

Larijani was making reference to the September 17 airstrike, which claimed the lives of more than 80 Syrian soldiers and left a hundred others injured. The Russian army said in a statement that two F-16 and two A-10 jets had entered the Syrian airspace from Iraq to carry out the attacks.

A week-long truce, brokered by Russia and the US, came to an end across Syria on September 19. Damascus refused to extend the deal over the aerial attack.

The top Iranian legislator noted that democracy cannot be promoted in Syria by instigating crises, exclaiming that the call for establishing democracy in Syria comes from certain countries in the region that have never held any elections.

Larijani said the world has now come to the realization that the issue of terrorism is not limited to Syria; rather, it a menace that can afflict other countries including the United States and Europe. “Terrorism is a global issue, and efforts are needed to strike terrorism at the root,” he noted.

Larijani advised against using double standards in tackling terrorism. “It is not possible to fight terrorism in other countries, but fuel terrorism in Syria,” the Iranian parliament speaker pointed out.

Larijani highlighted that Iran is assisting Iraq and Syria in their fight against terrorists at the request of the governments in Baghdad and Damascus. Khalaf Abbas, for her part, praised the Iranian people and officials for their full support to Syria, noting that Damascus could not have been able to resist pressure from foreign-backed terrorists without Tehran’s backing.

According to Khalaf Abbas, Syria is going through a militancy sponsored by more than 80 countries, adding the conflict has devastated historic monuments and inflicted heavy losses on her country.

The top Syrian parliamentarian also dismissed US allegations that the aerial attack on Dayr al-Zawr had been a mistake, underscoring that American military aircraft had been flying over the area for about 45 minutes.

Khalaf Abbas said the Syrian government is in possession of documents that prove Americans launched the airstrikes to assist ISIS terrorists, noting that Washington has acted against Syria any time government forces have made gains against the Takfiri militants.

Syria has been gripped by a bloody foreign-backed militancy since March 2011. Over the past few months, the Takfiri militants have suffered major setbacks as the army has liberated several areas.