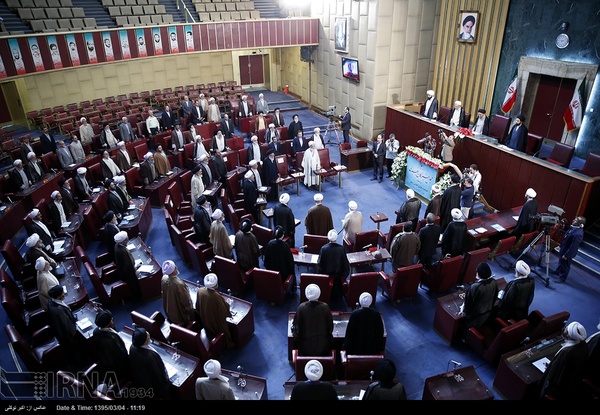 Ayatollah Ahmad Jannati, winning 51 votes out of 86, was elected as chairman of the fifth AE.

In voting for the chairmanship of the Assembly, Ayatollah Ebrahim Amini and Ayatollah Mahmoud Hashemi Shahroudi got 21 and 13 votes respectively.

The inauguration ceremony of the fifth Assembly of Experts started this morning with a message from the Supreme Leader of the Islamic Revolution, Ayatollah Seyyed Ali Khamenei.

In his message, the Ayatollah said that the AE is responsible for exact and all-out preservation of Islamic and revolutionary identity of the system.

The Leader also said that the AE is important due to the heavy responsibility it bears in directing the main bodies of the system towards its brilliant and excellent goals.

The 88-member Assembly of Experts is an important body in Iran responsible for supervising and electing the country’s Supreme Leader.

The members of the Assembly are elected for an 8-year tenure.