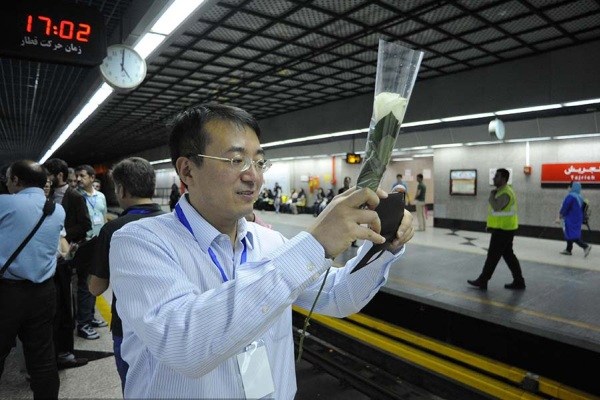 The tour which started with a bus ride took the visitors to Tajrish where the biggest subway station in the Middle East is located.

A number of foreign mayors and urban officials, who are in Tehran for a 5th meeting of the executive board of the Asian Mayors Forum, have visited Metropolitan Tehran’s mass transit as part of a half-day tour.

The following is the translation of a report on the tour filed by ana.ir:

During the tour, over 50 Iranian and foreign participants in the gathering of Asian mayors, most of them members of transportation and traffic councils, got first-hand knowledge about traffic control in Tehran and the way public transportation works on the ground: Bus Rapid Transit (BRT) and underground: subway.

The tour which started with a bus ride took the visitors from Azadi Hotel in northern Tehran, where they were staying, to Tajrish where the biggest subway station in the Middle East is located. With a depth of 51 m the station is one of the deepest metro stations in the world.

Then they took a subway train to Taleghani station in downtown Tehran. During the underground ride, they walked into the cabin of the engineer to get familiar with the way the train is operated.