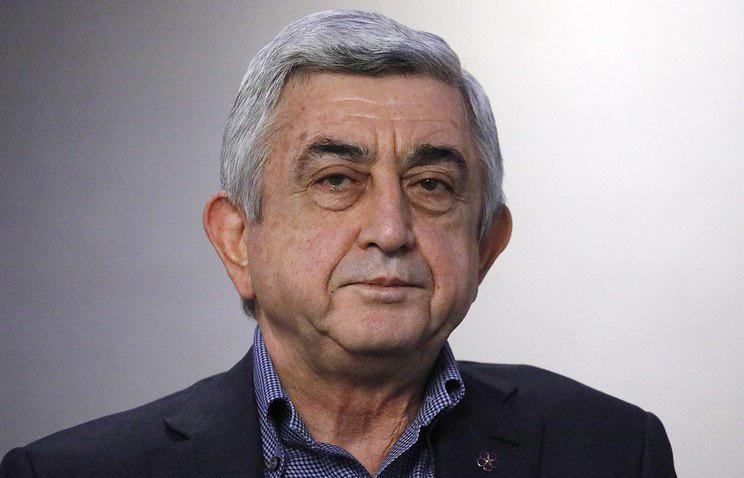 Armenia’s newly-elected Prime Minister Serzh Sargsyan has tendered his resignation only six days after taking office amid widespread protests across the country.

Sargsyan’s resignation was declared in a statement released by his office on Monday, April 23.

The resignation came after negotiations between Sargsyan and opposition leader Nikol Pashinyan collapsed, leaving the country in a state of limbo, as widespread protests against the former president’s appointment as premier entered the 11th day.

The Armenian premier met with opposition leader Pashinyan for televised dialogue in the capital, Yerevan, on Sunday, but walked out a few minutes after the meeting started.

The premier said the opposition “did not learn the lesson of March 1,” referring to a protest rally after his re-election in 2008 when 10 people were killed in clashes with police.

Pashinyan said in response, “No one has dared and will dare speak to us in the language of threats. I am telling you: you have no understanding of the situation in the country. The situation is different to the one you knew 15-20 days ago.”

There is an ongoing campaign of “civil disobedience” meant to show public opposition to what is perceived as Sargsyan’s efforts to cling on to power in a new parliamentary system of government. The former military officer ruled Armenia under a presidential system for 10 years.

The peak of the protests was last Tuesday, when some 40,000 people demonstrated in the capital after the parliament elected Sargsyan as the new prime minister. Under controversial amendments to the constitution passed in 2015, governing powers will be transferred from the presidency to the premier.

Armenia’s new president, Armen Sarkissian, was sworn in on April 9 but he has much less power under the new governance system, where the presidency is largely a ceremonial position.