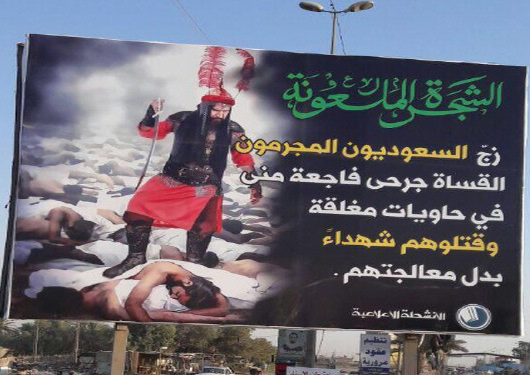 Shortly after the anti-Saudi remarks made by the Leader of the Islamic Revolution Ayatollah Seyyed Ali Khamenei, streets of the Iraqi capital of Baghdad are now full of billboards showing people’s hate towards the Al Saud regime.

On the occasion of Hajj rituals, and on the first anniversary of a deadly stampede in Mina, Ayatollah Khamenei issued a message and used a Quranic term to describe the ruling Saudi family, which are said to be main culprits behind the death of thousands, including 464 Iranians. 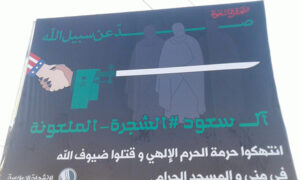 The term used by the Leader is the ‘evil progeny,’ rendered in different translations of Quranic verses as ‘accursed tree.” It has been widely interpreted by both Shiites and Sunnis to be referring to the Umayyad family, who was notorious in their breaking the sacrosanct rules of Islam and are believed to have created a deviation from the correct Islamic practice, ABNA reported.

Now, modern parallel of Evil Progeny drawn in message of the Leader to Al Saud dynasty represents the same deviation in world of Islam which has sowed discord and caused sedition among Muslims by its acts and words.

Shortly after the Leader’s remarks, streets of Baghdad were filled with anti-Saudi billboards, where the Al Saud regime is called ‘Shajarah al-Mal’ounah’ or the Evil Progeny.

Here are Al Alam News’ photos of these hoardings: 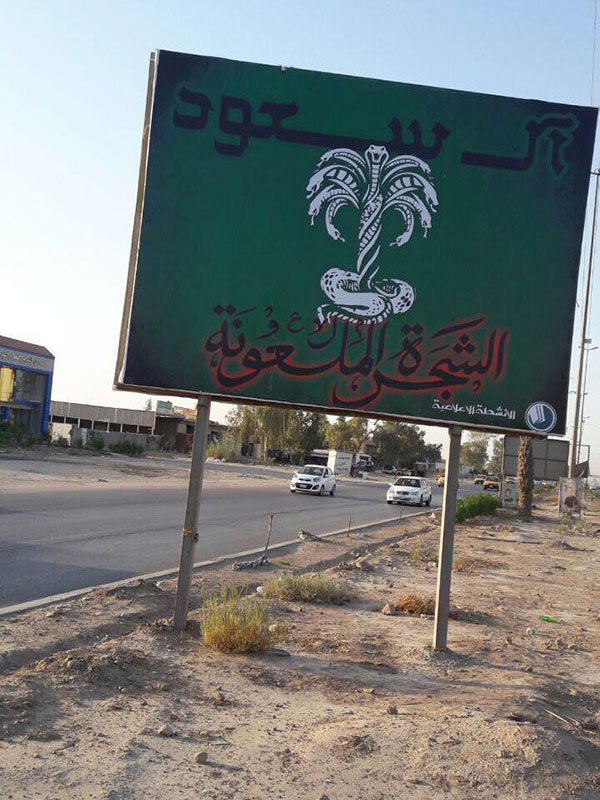 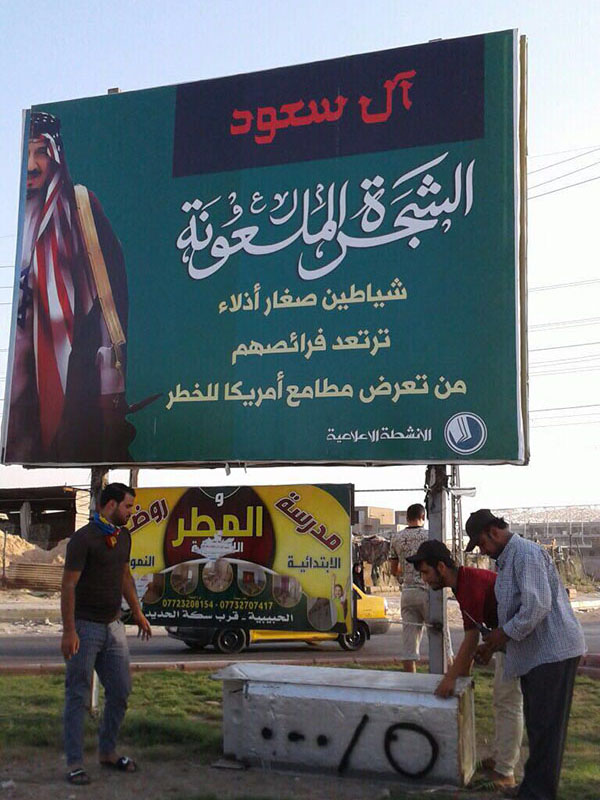 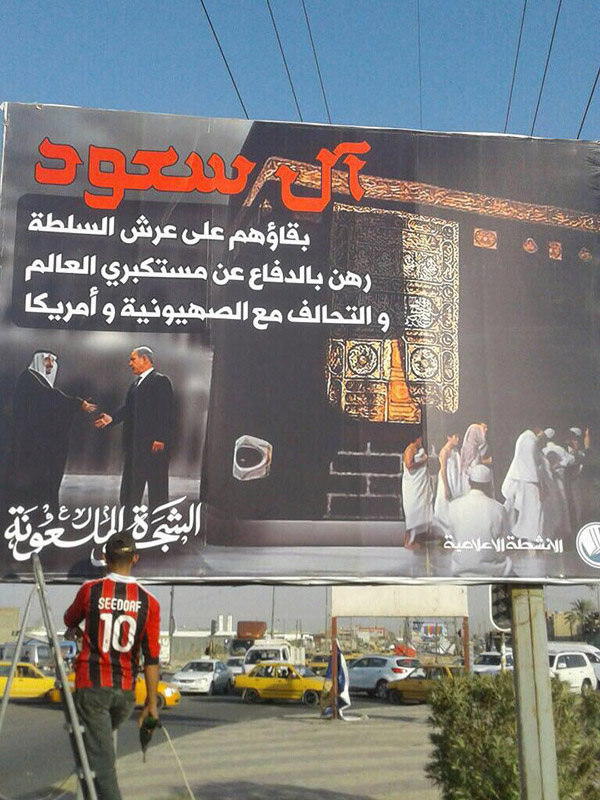