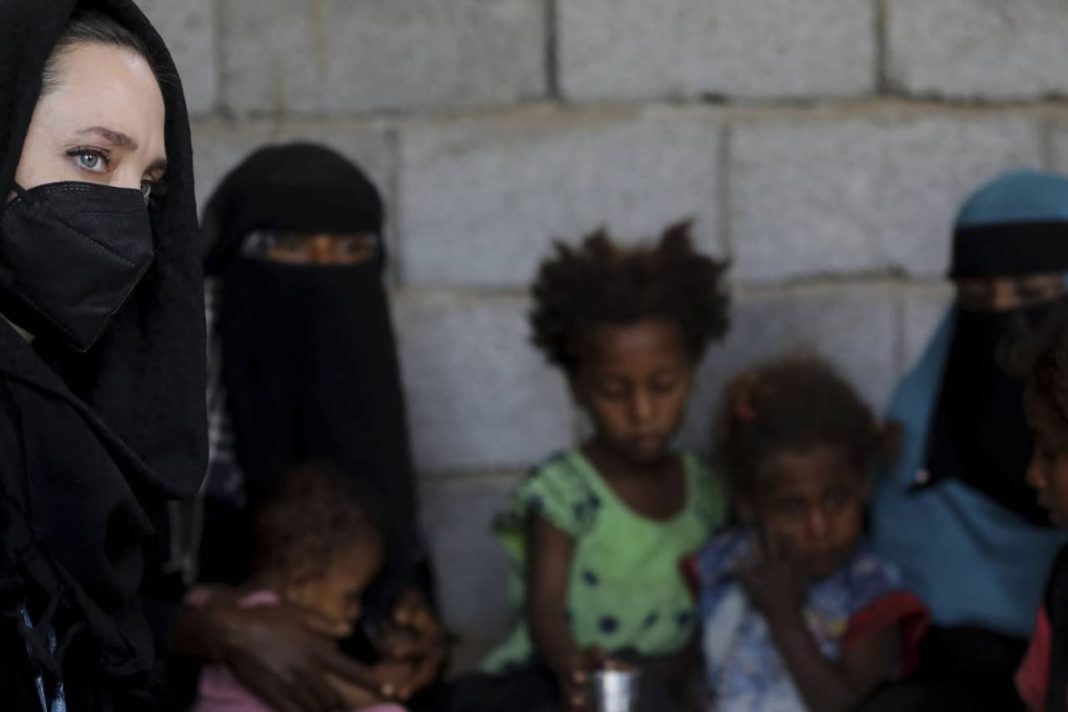 UNHCR Special Envoy and actress Angelina Jolie has decried the “unimaginable” suffering she has seen during a visit to Yemen. She has sounded the alarm about "impoverished" conditions in the war-ravaged country, the scene of an all-out war staged by Saudi Arabia and its allies since 2014.

Jolie, the star and director of numerous films, sounded the alarm about impoverished conditions in Yemen after meeting displaced Yemenis in the south and the north of the country.

“The level of human suffering here is unimaginable,” said Jolie, celebrity envoy for the UN refugee agency since 2011.

“For every day that Yemen’s brutal conflict continues, more and more innocent lives are lost, and more people will continue to suffer,” she added.

One mother told the actress how she struggles to feed her children and enrol them in school.

In the north, the actress heard similarly tragic stories of death, displacement and suffering amid fighting between rebels, pro-government and foreign coalition forces.

Jolie noted how headlines are dominated by “suffering and horror” but that this can mask “displays of compassion and international solidarity” that she witnessed during her three-day visit, which began on Sunday.

“I hope this compassion and solidarity will be extended to the people of Yemen, who urgently need a swift and peaceful resolution to this conflict,” she stated.

Her visit came in the run-up to the annual pledging meeting for Yemen on March 16.

UN aid chiefs worry that donor fatigue will affect the event, as governments shift spending to Ukraine, Afghanistan and other global hotspots.

She said aid appeals were “underfunded globally” and urged donors to give generously, according to a statement from UNHCR.

“We urgently need to find solutions that enable conflicts to be addressed and displaced people to be able to return home in dignity and safety,” she added.

The war has left hundreds of thousands of Yemenis dead and displaced millions more. It has also destroyed Yemen’s infrastructure and spread famine and infectious diseases there.