An American’s Adventure in the Streets of Tehran 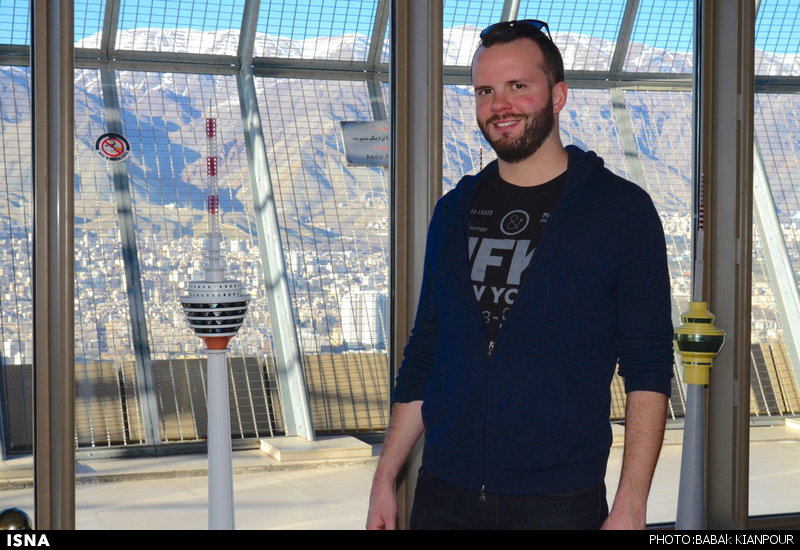 Rob Jackson is 29 and from Manhattan. He travels in an unusual way – he is not in a rush to visit a whole country. Instead, he to picks a single important city and explores it from to top to bottom in three to four days. IFP translates an ISNA report on his experiences in Tehran.

“When they see an American, Iranians show so much attention that they make you feel like you’re a celebrity. This is a really amazing feeling.”

Sometimes he didn’t have enough time to explore a city fully, so he travelled back to it a second time. He loves travelling, but due to his job he can have only six weeks of holiday per year.

He talked to ISNA about his style of travel, saying, “I love travelling around the world, but since I have have limited holidays, I prefer to make short trips to a single city. For example, I explored Rio de Janeiro in Brazil in three days, four days in Dubai and another four days in Bangkok. Travelling this way is more adaptable for my job, and I enjoy it a lot.” 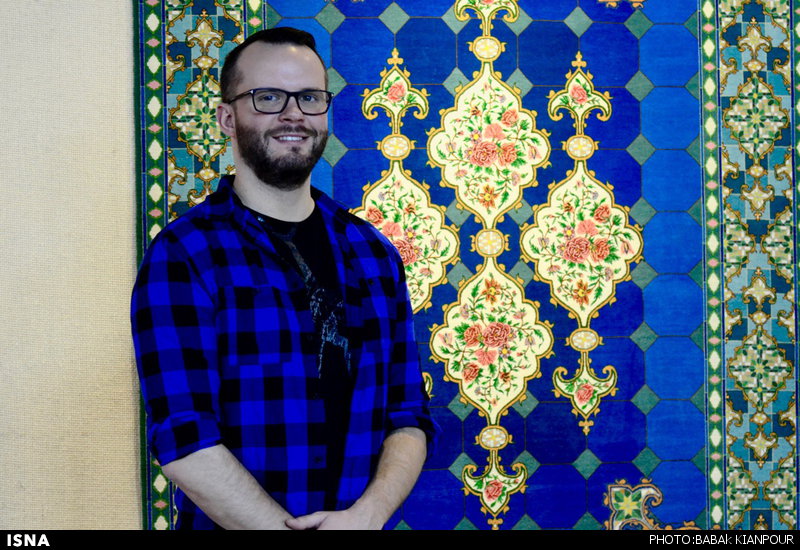 He has managed to visit 20 countries so far. “I was eleven when I went to Poland with my grandmother. She’s originally Polish. I really liked that trip, and have been in love with travelling ever since. I made a trip to London when I was 20, and kept returning there once or twice a year. I made friends there. After that, I started travelling around Europe and then went to countries further away in East Asia and South America. Going to new places is the most exciting part of my adventure.”

Rob is planning to spend his next holiday in Cuba, a country which used to be pretty difficult for Americans to visit. He told us about the reason behind this decision, “Even with the new relations between Cuba and the US, American citizens aren’t totally free to travel there. Many, however, ignore this law. Of course, this pressure on tourists has decreased since President Obama travelled to Cuba and started negotiated between the two countries.”

Iran has always been interesting for Americans, as it’s been seen as a mysterious country. It’s exciting to find out what a sort of country Iran is.

“Unfortunately, there are many negative news stories about Iran. I had heard a lot of positive things from those who had already travelled to Iran, so I was curious and wanted to get to know more.”

He continues, “My first doubt about travelling to Iran was whether they would question a single American travelling by himself. This is a question that many Americans have. After I arrived in Imam Khomeini Airport, however, the lady who was checking the passports just stamped mine and asked nothing. They didn’t take my fingerprints either.”

He knows, however, that getting an Iranian visa was not as easy as some other countries. “It took a few weeks for me to receive my visa. There was no problem during the process, but it was very strange that I was asked to submit my CV. As a tourist, I was curious to know why they were asking for my personal CV. It was not a big deal, but it seems that getting an Iranian visa involved more details than, let’s say, getting one for Brazil.” 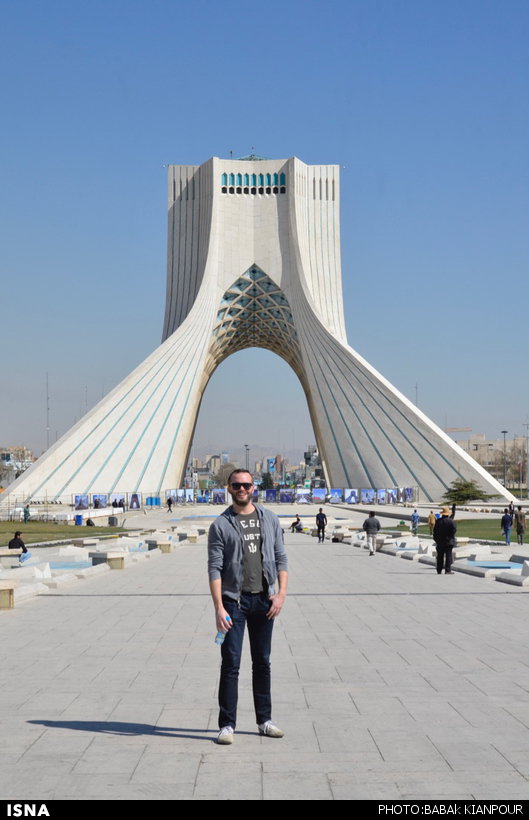 He spent four days in Tehran without planning to visit Shiraz or Isfahan, the more historical cities. He explains, “Those who knew about my travel plan kept asking me why I wasn’t going to Isfahan or Shiraz, but I preferred to choose a city that has many Iranians from different cultures and backgrounds in it. So I chose Tehran. It’s a noisy city though, like my own New York.”

He found the most attractive sights to be Tehran’s Grand Bazaar and the Alborz mountains. He also experienced a couple of days of clean air in his four days in Tehran, “The city hugs the mountains, then suddenly disappears there. It’s such a spectacular landscape.”

“I was in touch with my friends around the world through Instagram. I posted a photo of the city. Many of my friends had no idea that Tehran could be so beautiful. It encouraged many others to travel to Iran.”

Rob seems pretty excited when he talks about Iranian food. Even though he couldn’t try all the food and dishes due to his diet, he believes, “I had always heard that kebab is Middle Eastern food, but I’m always cautious and unadventurous when it comes to food. White meat is a priority for me. However, I believe that eating Iranian kebabs is an adventure, especially for those coming from America.”

The city’s imperfections don’t go unnoticed, either. He thinks that the pollution and traffic are serious problems for Tehran, “The traffic in the city streets is horrible. It’s much heavier than I thought it would be. When I went to Azadi Tower, I could feel my eyes and nose stinging. People’s driving is thought-provoking, not to mention the noise. It’s not the worst place I’ve ever been, though, for that matter. Lima in Peru was much worse.”

He then praised people that he met in Tehran, “They were ready to do anything to help a foreigner. This was really interesting.”

He added, “Each country has its own beauties and sights, but in Iran, it is the people who are the best attraction. Before coming to Iran, I would have given this honour to Egypt, but now Iran is ahead by a large margin.”

In his opinion, Rio de Janeiro gets the highest rating in terms of natural beauty, but he also says, “While travelling in Rio, you should be very careful. There are many thieves and it’s a dangerous city in that sense. I didn’t take my mobile phone out because of the risk of being robbed. Tehran is a very safe city compared to Rio. I feel really secure here.” 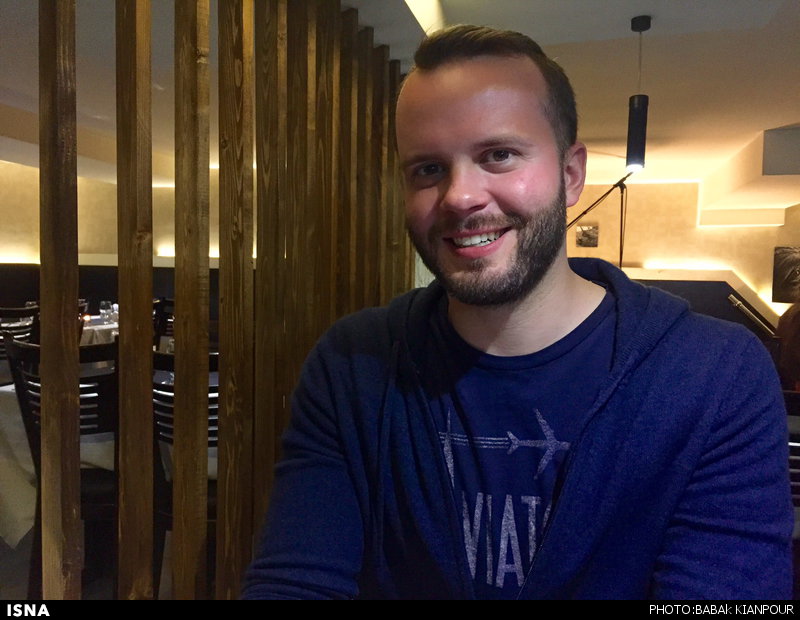 He said, “My mother is very conservative, and has never been out of the US. Before coming to Iran, she was very worried and scared. Later, when I sent her messages from here, she was a bit calmer. I really hope the two countries’ relations improve, and that we see reliable political relations between them too.”

He added, “I will let others know about Iranian hospitality, especially the way they treat Americans, as much as I can. I will tell all the people who I know that Iran is not a scary country.”

Rob thinks that the image of Iran in the West is mainly due to negative media reports, commenting, “There are many Americans who still remember the American embassy hostage crisis in Tehran. This has stuck in many people’s minds. I, however, noticed that things have changed a lot in Iran. What I can do is to encourage others to travel to Iran.”