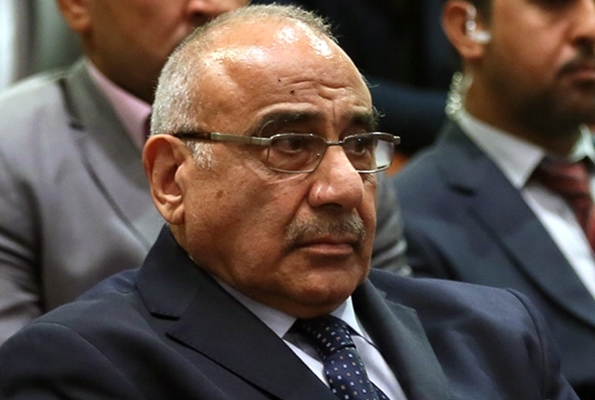 It took more than eight months for Adil Abdul-Mahdi to complete his cabinet after being elected prime minister of Iraq (from October 2018 when the government was formed with 14 ministers), and the full-fledged government has been active for more than a month.

Nonetheless, and although only the ministries of defence, interior, education and justice had remained vacant and the rest of ministers had been already appointed, a review of the government’s performance gives warnings to Abdul-Mahdi’s cabinet.

The Iraqi government’s performance over the past one year could be evaluated in the internal and foreign sectors.

Since the formation of government, the prime minister and the president have been performing their tasks with calculated separation of authorities. The president, whose power as a figure in Iraq’s parliamentary system is much lower than the prime minister, has been trying to enhance the foreign relations, attending international meetings, and visiting various countries, particularly the regional ones, in order to clearly explicate Iraq’s new policy in the post-ISIS era.

The main topic of negotiations in all of Barham Salih’s trips have been Iraq’s policy of non-involvement in the regional clashes and factionalism, its refusal to allow the Iraqi soil to be used for attacks and aggression against the neighboring states, and Iraq’s regional initiatives for regional cooperation.

Barham Salih’s foreign policy doctrine is called “regional system”, which includes Iran, Iraq, Turkey, Jordan, Syria, the Persian Gulf Cooperation Council, and the five members of the UN Security Council. The meetings would revolve around Iraq, and the participants would boost their political, security, and economic relations.

In this course, Iraq is a bridge connecting Iran to the regional Arab countries. Iraq can take advantage of its strategic position to reduce the tensions and crises among the countries.

Such a doctrine has received support from Iraqi Prime Minister Adil Abdul-Mahdi, who has more authority than the president, as Abdul-Mahdi has a complementary role in Barham Salih’s activities during his regional visits.

In terms of foreign policy, one can say that Iraq’s new government has been much more active and is gradually going to preside over Iraq’s special position in the region.

In the meantime, the two top Iraqi leaders have been paying multiple visits to the regional and foreign countries, and the senior officials of different countries have also made major visits to Iraq, something seen as diplomatic traffic.

The Iraqi government has emerged successful with initiatives in the foreign policy arena, but faces problems in the domestic sector that are gradually deepening.

Some examples are the performance of government in handling the infrastructural affairs and providing social services, which has not been acceptable.

Although the prime minister and the members of his cabinet are technocrats with a good knowledge of economy, it seems that turning such economic knowledge into economic development and overcoming the current unsuitable conditions has encountered problems and has failed to materialize.

One of the reasons for that failure is the prime minister’s old age that has forced him to make decisions slowly and with a high degree of conservatism. While the Iraqi society is faced with tough crises whose settlement requires rapid action and initiatives, the prime minister prefers to carry out his economic ideas patiently, which may be too late.

In particular, the shortage of water and power in the hot seasons, which exhaust public patience gravely, as the bulk of demonstrations and riots over the past decades have taken place in the summertime.

The very subject has been even mentioned by Saddam Hussein, who had told his investigator that people of Iraq would rise up against the government in the hot season, because it is extremely difficult to tolerate such intense heat.

It also appears that Abdul-Mahdi’s economic team is unable to operate in the current circumstances, in which decades of economic and industrial underdevelopment has been exacerbated by the civil war and a devastating war against ISIS. It is necessary to reconstruct the devastation with strong, serious and immediate measures.

Given Abdul-Mahdi’s spirit and the demands for a share of power from all parties, the rate of corruption and discrimination under the current government has risen remarkably, and the relative order in Abadi’s tenure has gone away.

The most recent polls on the government’s performance indicate that Abadi’s government had a 10 percent approval rating among people of Iraq, and the other people polled said they despaired of the ongoing situation and of the future, and had no positive outlook.

Such disapproval of the government prevails also among the clerics and even the parties and factions. It is believed that only a few parties and movements, including the Sadrist Movement, the Kurdistan Democratic Party of Masoud Barzani, and the Fatah Alliance pursue their own interests, and the other groups have no role in the government.

This forced a number of groups such as the National Wisdom Movement and the Victory Alliance to announce formally that they had no role in the government and to join the opposition.

The occasional popular demonstrations in different cities of Iraq, the religious authorities’ dissatisfaction with the government’s performance, and the discontent from political groups and movements indicate unsuitable internal situation in Iraq. The persistence of the current circumstances in Iraq could trigger social crises.

Known as the biggest supporter of the government, the Sadrist Movement has announced that it has given Abdul-Mahdi a period of only one year, not four years, to prove his success. Only a couple of months from that period is now remaining.

However, Abdul-Mahdi has pledged that he will be ready to resign if his performance is unsatisfactory, a move he has made twice in the past as the minister of finance and as a vice president.

Iraq is the “land of political executions”, and its people can no more experience a lengthy period of trial and error or sluggish enforcement of policies for addressing the problems, a point that Abdul-Mahdi needs to take into account.