Al Saud in Final Stages of Its Life: Hezbollah Chief 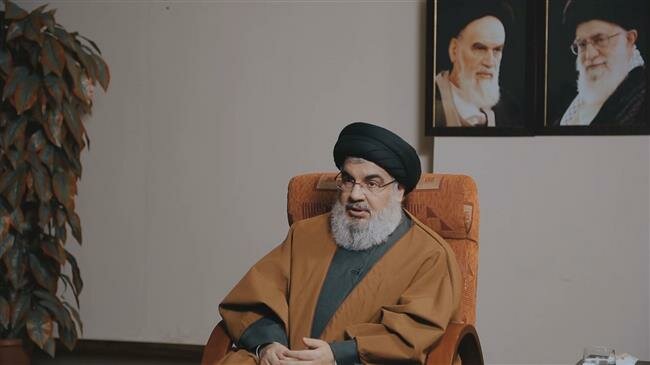 The secretary general of Lebanon’s resistance movement Hezbollah says the Al Saud regime may be in the final stages of its life, and the incumbent rulers are expediting the regime's demise through their policies.

“The Al Saud regime is old and may be in the final stages of its life because of natural reasons like its cruel measures over the past 100 years and the systematic corruption in the regime, suppression of people, and totalitarianism of its rules,” Sayyed Hassan Nasrallah said.

However, he added, the performance of incumbent Saudi rulers – which is in contradiction to that of their predecessors – will expedite the collapse of the Saudi regime.

Saudi Crown Prince Mohammed bin Salman’s war on Yemen, the crimes committed by the regime and the Saudi’s interference in other countries will seriously affect the future of the kingdom, Nasrallah said.

“We currently see for the first time that ‘Death to Al Saud’ slogan is being chanted in several Arab countries, and we see political and popular powers and governments that take explicit stances toward Al Saud and its interference in the region,” he noted.

Nasrallah made the remarks in an exclusive interview with the office for preservation and dissemination of the works of Ayatollah Seyyed Ali Khamenei, the Leader of Iran’s Islamic Revolution.

The Hezbollah chief blamed Saudi Arabia for the tension with Iran, saying it was Riyadh who started the animosity due to the Islamic Republic’s support for Palestinians and the resistance movements in the region.

“Saudi Arabia started its hostility toward Iran after the victory of the Islamic Revolution [in 1979] and the establishment of the Islamic Republic, which supported the issues of Arab and Islamic countries,” he said.

Nasrallah also said the US president’s recent comment about the kingdom’s payment of hundreds of billions of dollars to Washington in just one hour after Donald Trump’s call, and the silence of Saudi media over the issue showed the Saudis’ ultimate humiliation against Trump’s laughter.

Trump in April boasted to his supporters about a bizarre phone call with Saudi Arabia’s King Salman, where he made the monarch pay more money in exchange for the military support that the kingdom receives from Washington.

Trump said he would like to keep Saudi Arabia as a close partner because of the Riyadh regime’s extravagant purchases from American companies.

“You had people wanting to cut off Saudi Arabia… I don’t want to lose them,” he said, referring to bipartisan demands in Washington to punish Riyadh for the murder of dissident journalist Jamal Khashoggi last October.