Al Jazeera, the Mouthpiece of Terrorists in Battle of Aleppo 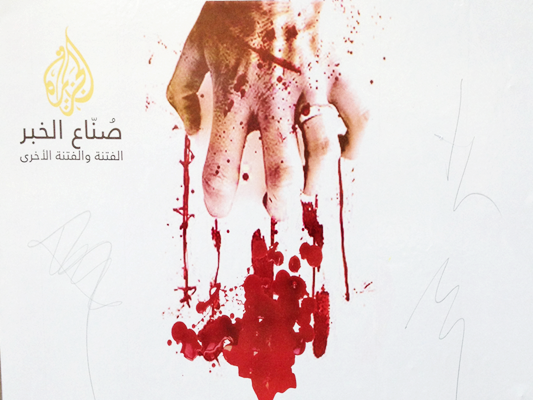 Latest photos of battles in northern and western fronts of Syria’s Aleppo indicate the active presence of Qatar’s Al Jazeera TV, which is covering the military activities of the Takfiri [extremist] terrorist group Nusra Front.

According to a report by Mashregh, as translated by IFP, since the beginning of terrorist attacks against the Syrian government, Al Jazeera has become the media wing of terrorist groups.

Within the past 48 hours, Al Jazeera’s Arabic and English correspondents have had numerous interviews with commanders of Nusra Front and other terrorist groups affiliated with Al-Qaeda.

The correspondents are accompanying the terrorists in the battle against Syrian army’s positions.

Qatar has been the most important supporter of such terrorist groups as Al-Qaeda, and has already provided financial and media aid for these groups in Afghanistan, Iraq, Syria, and Lebanon.

The Leader Abu Mohammed al-Julani, in his first recorded message, said its new name would be Jabhat Fateh al-Sham [Front for the Conquest of Syria].