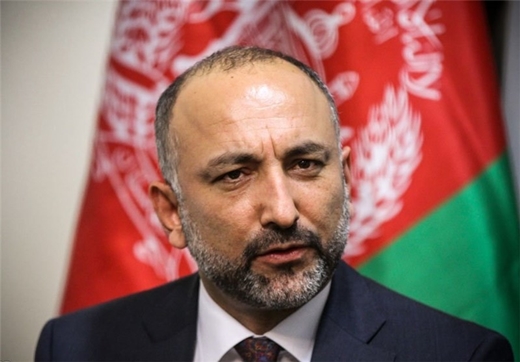 Afghan National Security Adviser Mohammad Hanif Atmar expressed his gratitude to Iran for its support for Afghan refugees seeking asylum in the Islamic Republic over the past decades.

Atmar made the remarks in a Tuesday meeting with Reza Seifollahi, deputy secretary of Iran’s Supreme National Security Council (SNSC) in Chechnya’s capital of Grozny.

He further expressed the hope that Tehran’s support for Afghan nationals would continue and bilateral cooperation between the two countries would expand in all spheres, including politics, economics and security.

During the meeting, the two officials hailed the growing relations between Tehran and Kabul and stressed the need for further security cooperation in the fight against terrorist groups in the Middle East.

Iran has hosted Afghan refugees since the late 1970s, following the occupation of their country by the Soviet Union. Although many of those refugees returned to their country voluntarily, there are still hundreds of thousands of documented and undocumented Afghans in Iran.