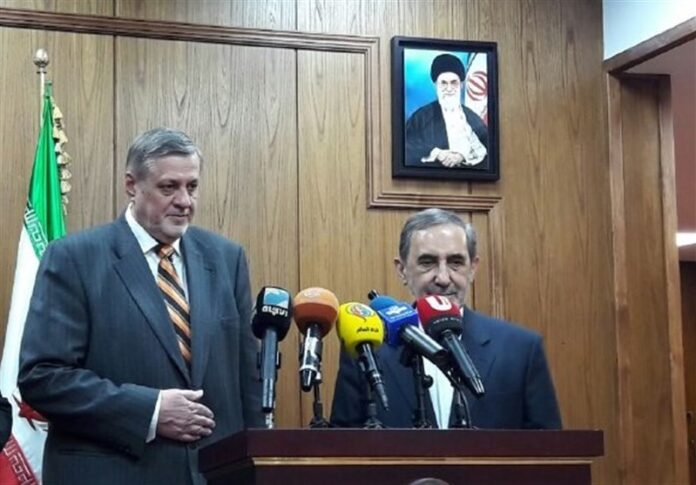 Senior Iranian official Ali Akbar Velayati said the Iraqi nation should claim compensation for the huge cost of the destruction caused by US invasion in 2003.

Speaking at a joint press conference with UN Special Representative for Iraq Jan Kubis, held in Tehran on Sunday, Velayati took a swipe at the US government for razing Iraq’s infrastructures to the ground in the 2003 invasion unnecessarily.

While Americans claimed the military campaign was targeted at Saddam Hussein, they bombarded Iraq’s infrastructures, including bridges and factories, which had cost hundreds of billions of dollars to build, he deplored.

Pointing to the long blackouts in many cities of Iraq, Velayati said people of the Arab country enjoyed better conditions in terms of infrastructures before the US invasion.

“People of Iraq should claim compensation for the damage to their infrastructures caused by Americans” and for thousands of civilians killed in the US attack, head of the Strategic Research Center of Iran’s Expediency Council added.

For his part, the UN envoy said Iraq is going to enter the post-Daesh era, noting that Iraqi groups are seeking a united nation.

Hailing the democratic processes in Iraq, Kubis underlined the need for national reconciliation and compromise in the Arab country and efforts to protect its economic and social interests.

The meeting, part of regular talks between Iran and the UN on Iraq, came after Iraq’s Prime Minister Haider al-Abadi said in January that Baghdad was demanding full disclosure about events surrounding the 2003 US-led invasion.

Abadi told reporters that he would like to see a “thorough investigation” of America’s decision-making that took the US forces from “liberating” the country from “Saddam (Hussein’s) terrorist regime” to “occupying” Iraq.

Al-Abadi said the invasion in fact unleashed instability and “led to chaos” that persists to this day, noting that America’s involvement in Iraq opened the doors for “all terrorist groups from all over the world to enter” the country – something Iraqis “paid dearly” for.