Electric Motorcycles That Travel Around the World in 80 Days 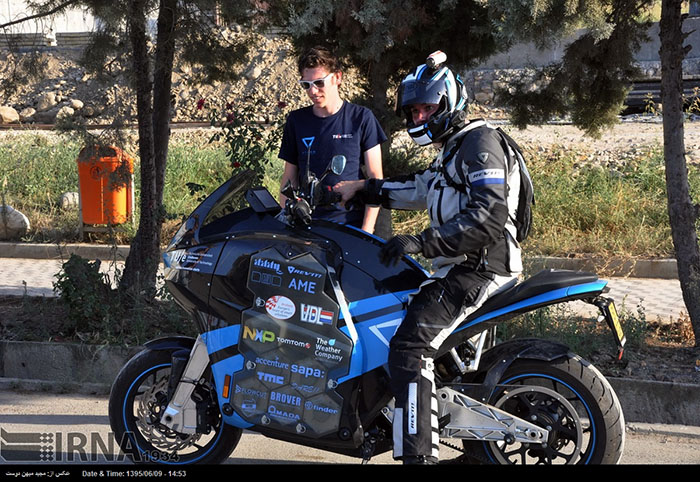 Dutch Motorcycle adventurers, who are traveling around the world in 80 days on their self-built electric motorcycle, have arrived in Iran.

A team from Eindhoven University of Technology has designed a motorcycle called STORM Wave which can give you a ride around the world in 80 days. The Dutch team is now in Iran.

A 24-member team from Eindhoven University of Technology managed to build an electric motorcycle that can travel around the world in 80 days.

According to a report by ISNA, as translated by IFP, the group of students from the Dutch university, who had set off on August 14 and have plans to get back to the Netherlands by November 2, hit the road on their self-built electric motorbikes to ride around the world in 80 days. 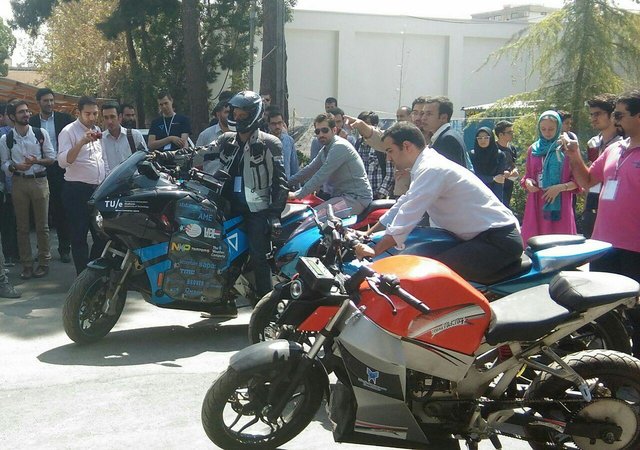 Motorcycle adventurers entered Iran from Turkey, crossing the city of Maku in Iran’s West Azarbaijan Province. They were welcomed by University of Tabriz at first and then by Sharif University of Technology in Tehran.

Their journey later took them to Iran’s north-eastern province of Golestan and the city of Gorgan. After riding their electric touring motorbikes through the city of Quchan in Iran’s northeast, they will leave the country through the border of Bajgiran to enter Turkmenistan; and from there they will head towards China and America.

Arash Armini, a member of the Faculty of Electrical Engineering of Sharif University of Technology, said that upon the arrival of the motorcycle adventurer, the university ran a workshop for them.

He further mentioned that except for the Dutch STORM, there are three other teams which are going to unveil their achievements in the field of electric motorcycles.

Comparing the Dutch motorcycles and the ones which were built by the students of Sharif University of Technology, Armini noted, “STORM Waves have been designed for long-distance trips; however, the joint product of Electrical and Mechanical students of our university is apt for domestic trips only.”

A special feature of the electric touring motorcycles is the modular battery pack developed by the student team themselves. This consists of 24 separate cartridges with a maximum power capacity of 28.5 kWh, giving the motorcycles a range of 380 kilometres before recharging is needed.

The number of cartridges can also be adjusted, allowing a lighter weight and higher speeds to be achieved.