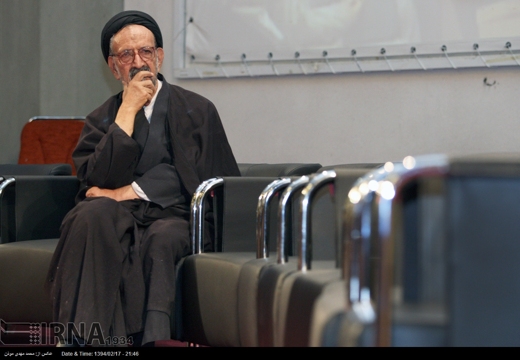 The managing director of Ettela’at newspaper has sent a letter to President Rouhani over the daily’s coverage of President Khatami’s interview with Lebanon’s As-Saifr, asking him to help remove limitations placed on media.

The republication by Ettela’at newspaper on December 6 of an interview former Iranian President Mohammad Khatami gave to Lebanon’s As-Safir’s daily has stirred a controversy, prompting the Culture and Media Court to bring charges against Ettela’at daily’s Managing Editor Mahmoud Doaei, calling for his case to be heard at the Special Court for the Clergy.

In reaction, Ettela’at chief released a letter to President Rouhani explaining his reasons behind the re-release of the interview conducted by Lebanon’s leading Arabic-language newspaper. The following is the translation of part of Doaei’s letter addressed to the president and those who have become “overjoyed” or “concerned” by the court’s decision:

Following the republication in Ettela’at newspaper of an interview the former Iranian president gave to the editor-in-chief of Lebanon’s As-Safir, the head of the Culture and Media Court filed charges against me and called for the case to be heard at the Special Court for the Clergy.

In the meantime, certain media and websites denounced as illegal (!) the release of the interview and – in an overjoyed manner – went as far as ask for the case to be heard in the court. It came despite the fact that no legislative institution has ever made any law on this, and the Supreme National Security Council has openly announced that it has made no decision.

A while ago, the esteemed Tehran Prosecutor called – in a meeting attended by a number of managing editors, including me – for a ban on the release of news stories about and images of Mr. Khatami. At the same meeting, I said that Ettela’at newspaper did not accept that call. I argued that such a decision is based on [personal] taste, not laws.

I also said that Ettela’at will proceed – while keeping its distance from ballyhoo – with its logical trend in releasing news reports on Mr. Khatami who is a popular, noble and cultured revolutionary figure and an old friend of the [late] Imam and the Supreme Leader, stressing that the daily views its coverage [of materials on the cultured figures] as a service to the establishment, revolution and people.

The Public and Revolutionary Courts Act, adopted on July 6, 1994, has outlined the responsibilities and powers of the prosecutor […]. This reveals that the decision by Tehran’s Public and Revolutionary Courts Prosecutor Mr. Abbas Jafari Dowlatabadi in placing a limit on the freedom of mass media, including IRIB and the press, and barring them from mentioning the name and releasing the image of Mr. Khatami, the former Iranian president, runs counter to the principles which stipulate the former president’s basic constitutional rights as a citizen.

Such a decision also amounts to violation by the prosecutor of the principles of the law, such as the legality of punishments, and the law on respect for legitimate freedoms and civil rights adopted in 2004.

Given the powers Article 113 of the Constitution bestows upon the president of the Islamic Republic of Iran, you are expected to interact with the Judiciary chief so that necessary measures are taken to stop the illegal trend [of putting limitations on media].

[Article 113: After the office of Leadership, the President is the highest official in the country.  His is the responsibility for implementing the Constitution and acting as the head of the executive, except in matters directly concerned with the office of the Leadership.] 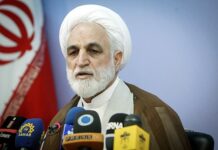