A Haircut in the Middle of a Football Match 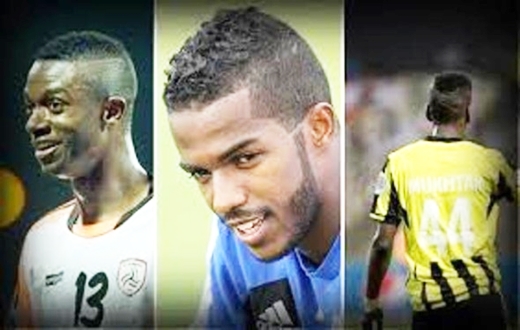 During a local match between two Saudi football league teams, all of a sudden the referee stopped the game and sent off one of the goalkeepers for a haircut, deeming his hairstyle un-Islamic.

According to Shafaqna, the video footage shows two people busy cutting his hair on the sideline of the pitch while the crowd of fans looked on.

Saudi sport authorities have issued an instruction which requires athletes of all sports to comply with Islamic code of appearance, which prohibits sportsmen from having certain fashionable haircuts. Those who do not obey the rule will be barred from taking part in matches, and from entering sporting facilities.

The Saudi clergy have issued a decree which forbids sportsmen from imitating the hairstyles of European athletes.