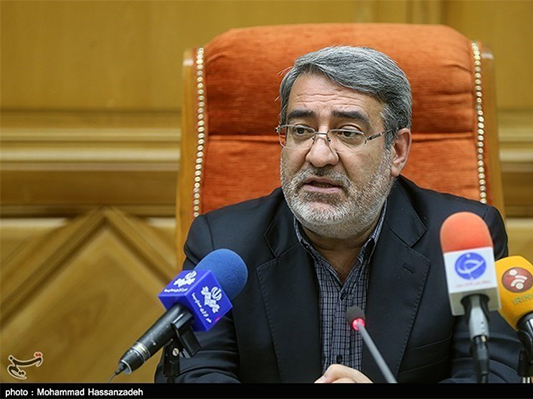 Iran’s Police carried out over 2,500 anti-narcotics operations in the previous Iranian year alone, Interior Minister Abdolreza Rahmani Fazli said, noting that the operations had led to the seizure of some 617 tons of drugs.

Addressing an event in Tehran on Tuesday, June 21, Rahmani Fazli, who is also head of Iran’s Anti-Narcotics Headquarters, said the country remains committed to continuing its extensive and costly war on drugs, despite insufficient international support.

The event was held to mark the upcoming International Day against Drug Abuse and Illicit Trafficking, observed every year on 26 June since 1988.

According to the minister, 3,017 gangs of smugglers were busted in 2,522 operations in the previous Iranian year (March 21, 2015 – March 19, 2016) and more than 220 methamphetamine-producing laboratories were also raided.

Iran is on a major transit route for drugs being smuggled from Afghanistan to Europe, the Middle East and Africa.

Despite high economic and human costs, the Islamic Republic has been actively fighting drug trafficking. The war on drug trade originating from Afghanistan has claimed the lives of more than 4,000 Iranian police officers over the past three decades.