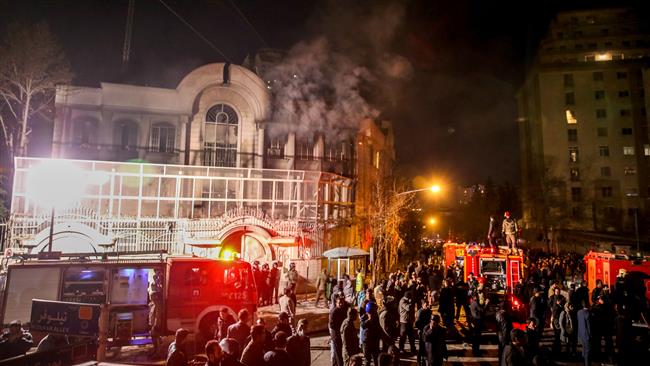 Around two dozen people have been officially charged over attacks against Saudi property on Iranian soil, a top Judiciary official says.

Tehran Prosecutor Abbas Jafari Dolatabadi on Tuesday said that 22 people will soon be sent to court over charges pertaining to damaging the Saudi embassy in Tehran.

Top Iranian officials censured the incident that was followed by Riyadh’s severance of ties with Tehran.

Saudi Arabia executed Nimr along with 46 others, provoking international outrage, widespread condemnation, and a serious escalation of tensions in the region.

The Shia cleric was arrested in 2012 over charges of instigating unrest and undermining the kingdom’s security, making anti-government speeches and defending political prisoners, all of which he rejected as baseless.